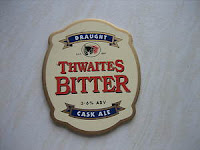 Robinson’s Unicorn (formerly Best Bitter), the best-selling cask ale in and around Stockport, is brewed to a relatively generous 4.2% ABV. It’s fairly rare for a beer of that strength to be sold as the staple bitter in pubs, and I’ve heard people complaining that “it gives them a bad head”, probably because it’s that little bit stronger than most of its competitors.

It’s sometimes claimed by anti-drink campaigners that drinkers will simply “go for strength”, but in fact that is very wide of the mark. Beer has a much wider range of strengths than wines or spirits, but in reality beers of a particular type tend to cluster within a fairly narrow strength range, and people rarely choose one over another just because it is that bit stronger.

“Ordinary bitter” took over from mild as the best-selling beer in Britain in the early 60s and, although it has now relinquished that position to cooking lager, it remains by far the best-selling type of ale. Despite the rise of golden ales and premium beers, I would guess it still accounts for well over half of all real ale sold, and a much higher proportion of keg beers.

Typically it falls in a strength range between 3.4% and 4.0%, and within that I don’t really think drinkers are too concerned about the actual strength. Indeed, one of the best-regarded examples, Brakspear Bitter, is down at 3.4%. Intoxication is not the main object of drinking ordinary bitter. It’s a beer suited to long evening sessions in the pub, where the effect builds up gradually and it acts as a social lubricant. It doesn’t instantly render you incapable; a couple at lunchtime won’t stop you working in the afternoon, or cause you to fall foul of the breathalyser. It’s a subtle, social kind of beer. Up to a point, as with the example of Unicorn, moderation in strength is even seen as a virtue. Arguably, it is the quintessential English beer.

This helps explain why the reduction in strength of John Smith’s Extra Smooth won’t be met with outrage and boycotts, just as the reduction of Stella wasn’t. As long as a beer continues to fit within its category, drinkers, especially pub drinkers, won’t be too bothered.

Out of interest, here are the strengths of the some of the popular ordinary bitters in the North-West, compared with their original gravities from the 1977 Good Beer Guide:

So we weren’t drinking particularly strong beers back in 1977 either, and nobody would have been outraged at being offered a 3.6% bitter.

Boddingtons Bitter – now no longer available in cask – was declared at 1035 in 1977. The brand owners made a big mistake when they increased its strength to 4.1% a few years before its demise – indeed Brunning & Price replaced it with Thwaites because their regular customers (no doubt including many drivers) felt it had become too strong.

Posted by Curmudgeon at 3:41 pm