A pinch of salt on your greens 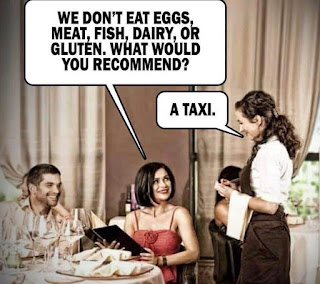 In recent years there has been a growing amount of interest in and media coverage of vegetarian and vegan diets. The impression given is that there’s an ever-increasing number of people taking up one or the other. According to this report in the Guardian, one in three people in Britain have stopped or cut down on eating meat, and no less than one in eight have given it up already. This is something that clearly has significant implications for the catering trade.

However, a recent survey by Yougov, carried out ironically for National Vegetarian Week, acts as a reality check to this and suggests that the actual figures are far lower, with a mere 3% identifying as vegetarians, and only 1% having gone the whole hog of adopting veganism. While that’s a market segment that shouldn’t be ignored, and obviously there’s nothing to stop meat-eaters choosing meat-free dishes, it hardly suggests that it’s something that is about to take the catering world by storm. Maybe people tend to overestimate the level because vegetarians are so keen to tell others about it.

In contrast, according to the poll, 14% describe themselves as “Flexitarians”. Now, one person rather piously explained to me that this meant someone who basically ate a plant and dairy-based diet, but occasionally ate small amounts of meat as a treat. No doubt a few do take that approach, but it’s one of those words that can mean anything you want it to. I’m sure others chose that option because they thought it sounded good and, hey, if I had an egg butty at work and that nice goat’s cheese pizza at Spoons the other day, then I must be a flexitarian. It’s not as if being a meat-eater means you have to include meat in every single meal. We often had dishes like cauliflower cheese and Welsh rarebit when I was a kid. Even if you drink considerably less alcohol, you’re still not a flexi-totaller.

It’s sometimes argued that vegetarian diets are better for the environment because using the intermediary of an animal is a much less efficient means of providing human nutrition than consuming crops grown directly. However, despite huge increases in world population in recent decades, we don’t exactly have a problem feeding people. There is no famine now apart from that caused by war and political mismanagement, and there is more obesity than malnutrition. Plus, much of the world’s land area is unsuited to arable farming, but can be used for grazing animals, which can be used for milk, wool and hides as well as meat. So, while there might be an argument for eating a bit less meat, using grassland for animal husbandry makes a better use of natural resources.

Yes, clearly there’s a place for vegetarian and vegan dishes in the catering trade. But it would be a mistake to bet the farm on it being an ever-growing market segment, just as it would be with alcohol-free beer. And, just as I’ve written in the past about the “beer bubble”, this indicates that there’s a similar “food bubble” inhabited by writers and commentators who breathe a rarefied atmosphere and are largely isolated, except for the occasional patronising sneer, from the culinary experience of ordinary people.

Incidentally, for the benefit those reading this on a mobile, I’ve created a poll in the blog sidebar on voting intentions for the European Parliament elections on Thursday. You can cast your vote here.