The Harewood Arms in the Tameside village of Broadbottom was chosen as CAMRA’s Greater Manchester Pub of the Year for 2014, and went on to be among the four finalists for the national award. Originally known as the Griffin, it was taken over in 2013 by Green Mill Brewery, and has effectively become their brewery tap, with the brewery operating in the cellar. But perhaps what is most notable about it is that it is the sole survivor of what were relatively recently no fewer than nine pubs on the road up from the bridge over the Etherow at the bottom end of Broadbottom to the A57 junction in Mottram-in-Longdendale, a distance of about two miles.

At the bottom end was the Cheshire Cheese, described in CAMRA’s 1995 guide to Tameside pubs, Nine Towns Bitter, as “easily the busiest in the village”. Heading up the hill, the Shoulder of Mutton was one of the earliest to close, but in the past had been highly regarded for its beer. I remember a new bar opening in the old station building, maybe in the late 80s, but by 1995 it seems to have disappeared. Next came the Griffin, now the Harewood Arms, and a bit further up on the same side of the road the Crescent, which the guide describes as “a mecca for the local worshippers of Duke Boddington”. 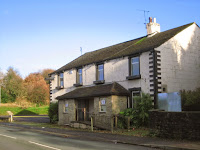 On the road between Broadbottom and Mottram was the Waggon (pictured), which closed relatively recently, a Robinson’s pub that once had ambitions as a destination food house. The centre of Mottram is a conservation area, with attractive stone-built houses lining a small triangular market square, and the church dominating the scene from its hilltop. Just off to the west was the Pack Horse, a large former Wilsons pub that has been closed for many years. On the square itself is the White Hart, most recently a Lees house, which managed to cling on but which the latest issue of Opening Times reports as imminently closing. Then down on the congested A57 crossroads was Robinsons’ Junction, which the guide describes as having an “emphasis on food in a separate dining room”, and which offered an impressive view of the Peak District hills to the rear.

And it doesn’t stop there. On the main road north from Mottram towards Stalybridge, the Roe Cross, a large roadhouse that was once a popular pub-restaurant, is now a garden centre. Heading west, there used to be an estate pub on the back road to Hattersley called the President, which eventually ended up as the Flat Cap and is now demolished. The guide describes it as having “a run down appearance catering just to a local need.” On the main A560 through Hattersley was Robinsons’ Chapman Arms, a commodious stone-built pub now converted to flats.

The roundabout at the eastern end of the M67 does boast a new family dining pub, the Mottram Wood (originally the Outside Inn), with associated Premier Inn, but you have to wonder how many residents use it as a local boozer. Down the A57 towards Hyde was Robinsons’ New Inn, a substantial rustic-styled 1930s roadhouse. On the main part of the Hattersley overspill estate, the guide lists three pubs – Centuries, the Four in Hand and the Hustage – none of which show up in web searches, and so presumably are all gone now.

In the opposite direction, heading downhill along Mottram Moor, the Gun Inn at the traffic lights where the A628 meets the A57, is still going, as are the New Inn and Organ Inn in Hollingworth village, although the Royal Oak has bitten the dust. The future of the Organ has been called into question, but as far as I know it is still open. Towards Glossop on the A57, the Woolley Bridge Inn is long-closed. Then, crossing the border into Derbyshire, there are four closed pubs, and none still open – the long-gone Spread Eagle and Plough, and the more recent casualties the Spring Tavern and the Junction.

All in all, quite an astonishing record of pub closures. Nine Towns Bitter lists nineteen pubs in the district of “Longdendale”, of which only four are still trading, with one new addition. Excluding the four in Hollingworth, it is just one out of fifteen. While Hattersley is poor and run-down, the older villages of Broadbottom and Mottram with their characterful stone-built terraces give the impression of being fairly prosperous and favoured locations for Manchester commuters. 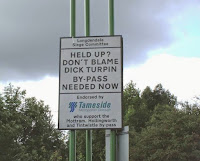 None of these pubs, except perhaps the Roe Cross, have any shortage of nearby housing, and cannot be considered to have been critically dependent on car-borne customers. On the other hand, the endemic congestion on the unbypassed A57 through Mottram, and the rather savage traffic-calming scheme introduced in Broadbottom about fifteen years ago, can’t have helped. But the whole sad saga underlines the point that, while some city and town centres and prosperous suburbs may be seeing something of a pub and bar revival, in many areas outside that bubble the pub scene continues to be one of drastic retrenchment .
Posted by Curmudgeon on March 15, 2015