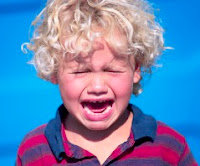 I’m not a huge fan of the Good Pub Guide, but its most recent launch highlighted the issue of children in pubs, something that has long been something of a hobbyhorse of mine. Phil Mellows, on the other hand (whose opinions I generally respect), doesn’t see what the fuss is all about. However, the fact that Good Pub Guide readers consider it their most important issue shows that it is far from being resolved. Clearly, the days of kids being left outside in the car with a packet of crisps and a bottle of pop are long gone, and that in itself is a very dated stereotype. But nowadays the boot seems to be on the other foot, with children being allowed free rein throughout pubs.

But you don’t have to be a child-hater to think that you should be allowed to enjoy a quiet pint, coffee or sandwich without the constant refrain of their happy laughter. One family dining pub I know has a clear delineation down the middle – under-11s are not allowed on one side. That seems to be a sensible model that others should follow. Also, my local pub, which has a strong emphasis on food, has taken the view that children should not be admitted into one of its three rooms. Recently, the Waterfront pub in Burton-on-Trent gained many plaudits on social media, and increased its business, by banning children under five.

Another problem is that, because of the Mumsnet lobby, licensees are extremely reluctant to confront parents over bad behaviour by children, as it will make them seem, er, curmudgeonly, and may lead to them being severely criticised on social media. So plenty of adult customers quietly make the decision to go elsewhere in future. Clearly this is not something that is just going to go away, and remains a serious issue for many pubgoers. Licensees really need to sit down and consider their policy on children, and recognise that a free-for-all is something that increasingly turns potential customers off. Not to ban children entirely, but to create a clear distinction between child-friendly and adult-only areas. As with so many other things, a one size fits all policy is not the way to go.

The late CAMRA stalwart Humphrey Higgins once found himself sitting next to a mother and baby in a pub. The mother said to him “do you mind putting out that cigarette – it’s annoying my baby?” He replied “do you mind shutting up that baby, it’s annoying me?” Needless to say, it was him who ended up being asked to leave...