When is too much not enough? 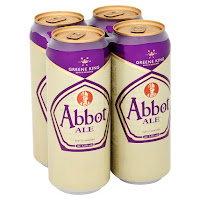 The most recent set of government anti-smoking measures includes a ban on selling cigarettes in packets of less than 20. At first glance, this may seem counter-intuitive, as it encourages people to buy more, but the reasoning is presumably that it slightly “raises the bar” at which people may contemplate purchasing cigarettes at all. In reality it is simply yet another way of making smokers’ lives that little bit more difficult and unpleasant.

It’s comparable with the longstanding unwillingness of major off-sales retailers to sell individual cans of beer. The thinking behind this is to act as a deterrent to those who just want a can of Alcoholic Lager Beer – it’s a four-pack, or nothing. Yes, many corner shops will happily sell individual cans, but the big supermarkets and other large chains won’t. On the other hand, I’ve reported in the past anti-drink campaigners complaining about multipacks encouraging excessive consumption, so it seems that you can’t win either way.

However, and apologies for the topic swerve, the rise of the “craft can” is starting to undermine this situation. The likes of Tesco are increasingly selling single cans alongside bottles and including them in mix-and-match multibuy offers. In general, the bangs-per-buck ratio of craft cans is pretty low, so they’re unlikely to be of much interest to drunks, but even so a principle has been breached.

Cans still suffer something of a stigma, partly because at one time they had a tendency to impart a metallic flavour to beer, and partly because they were once only used for the cheaper, mass-market beers. But the flavour issue has long since been resolved, and many high-quality, premium products are now found in cans. They also have significant advantages over bottles in being easier to recycle, taking up less shelf space, being lighter and thus cheaper to transport, chilling quicker in the fridge, and protecting the contents from off-flavours due to light strike.

The major supermarkets will now sell a range of four-packs of well-known ales in cans, alongside the single-bottle premium bottled ales, typically at a discount of around a pound for four - £5 against £6. There’s no noticeable taste difference, and if you happen to like one of the beers that’s in cans you can make a worthwhile saving. But the stigma against cans will only be fully eliminated once retailers are happy to sell in single cans anything they will in single bottles.

Might it be that in ten years’ time only a small minority of top-end and bottle-conditioned beers are still sold in bottles, and everything else is in more eco-friendly cans? Only time will tell.