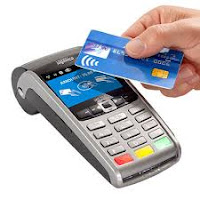 A Suffolk pub has claimed to be the first in Britain to go entirely cashless and stop accepting any payments in cash. This seems to be a rather dubious assertion, as I know that Sandbar in Manchester has been entirely cashless for some time, and Martin Taylor has recently encountered the same in the Cloudwater brewery tap. However, it’s undoubtedly a trend that is only going to grow.

It needs to be made clear we are not discussing cashless payments per se. They are a growing feature of the financial landscape, and obviously it makes business sense for many pubs to accept them. But to refuse to accept cash entirely is something entirely different, and comes across very much as an attempt to practice social selection of your clientele.

This may not be a problem in a rural gastropub, but in inner-city boozers it’s a common sight to see the pound coins being counted out on to the bar to pay for a pint. It is estimated that there are 1.6 million unbanked workers in the UK, and there must be many more pensioners and benefit claimants, not to mention people who prefer to avoid using cards for routine transactions. It’s effectively saying that you’re not interested in the business of the poor or the old. And it seems particularly ironic that it is being practiced by a standard-bearer of the craft beer movement that supposedly prides itself on its “inclusiveness”.

There are other reasons to justify caution in adopting cashless payments, some of which are set out in this Guardian article and this blogpost by Boozy Procrastinator. One obvious point is that they make budgeting more difficult, both in terms of controlling your spending on a night out, and also in a more general sense of creating a disconnect with the whole concept of money. It’s hardly surprising that so many people seem to get into unmanageable debt when they hardly ever see the stuff.

You are making yourself vulnerable to power cuts and to the breakdowns of banking computer systems which seem all too common nowadays. You are also willingly putting yourself in the hands of giant, faceless corporations that may not have your best interests at heart. And someone is able to track exactly where you have been and what you have spent your money on. You don’t have to be a tinfoil hatter to see how that could potentially be abused.

Yes, by all means use cashless payments where they are convenient, and allow them in your pubs, but there are dangers in the headlong rush to embrace them and relegate cash to history. And, if you really want to be a rebel, stick to cash as much as you can.