We never have drink in the house 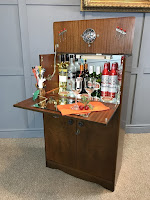 I recently ran a poll on Twitter asking whether people were drinking more or less during the lockdown, despite being unable to visit pubs. The results were mixed, but despite my readership probably containing a considerably higher proportion of regular pubgoers than the national average, a rather higher figure said they were drinking more as opposed to cutting down.

POLL: Compared with before the lockdown, how much alcohol are you drinking?

On the other hand, over the past three weeks I’ve seen a number of people saying that, since the pubs have been closed, they have pretty much entirely stopped drinking. For them, the two things are inextricably bound up with each other, and if you take the surroundings of the pub away, drinking becomes a pretty pointless exercise. Now, that’s an entirely reasonable point of view, and I certainly wouldn’t criticise anyone for a minute for adopting it. However, it’s important to recognise just what an outlier it is in terms of general social attitudes.

Over the past sixty years, the UK has seen seen a steady increase in the proportion of alcohol sold through the off-trade in comparison with the on-trade. In the 1950s, the on-trade accounted for over 90% of sales, but it has now declined to only 31%. Beer in fact was the last market segment to make the switch, with the tipping point not happening until 2015. A major factor in this has been the growth in the market share of wine, which typically is not associated with pubs, and is rarely done well by them.

There are a wide range of reasons for this which I considered in this blogpost from eleven years ago. One of the key elements is changes to lifestyles, with homes having become much more pleasant, and families doing a much wider range of activities together in them. The archetypal symbol of this change is a family sharing a bottle of wine over a meal, something than would have been unknown in ordinary households in the 1960s. But it extends into many other areas, such as entertaining friends and family, holding barbecues and watching TV sport.

There was an obvious aspirational aspect to this a trend. Drinking wine with dinner was a marker of a middle-class household, as was having a cocktail cabinet. Certainly when I was a small child, my parents would never keep alcoholic drinks in the house except for the Christmas period, but that had changed by the time I reached the legal drinking age.

It was also a question of changing gender roles. The households where all drinking was done in the pub tended to be ones where it was overwhelmingly done by the husband, who might take his wife along to the pub on Saturday evening. But, with couples wanting to share roles and responsibilities and abandon such rigid demarcation, that became less and less acceptable. That, incidentally, was one of the reasons behind the decline of the traditional Sunday lunchtime session, because women were no longer happy to stay at home cooking the dinner while their menfolk were in the pub with their mates. Back in those days, too, the woman who drank at home was often viewed as someone to be pitied rather than an example of emancipation. “Has she been at the cooking sherry, then?”

There was also a moral aspect to this, with “we never have drink in the house” being seen as a statement of rectitude, even from people who drank a lot in the pub. You still sometimes hear CAMRA blokes say “I never drink at home” as though it is a good thing. Yet, as I argued here, the attitude that somehow drinking at home is inherently less worthy than drinking in the pub is old-fashioned, silly and divisive. Each can be good or bad depending on the context. And the people who say that either tend to be single men, or older married men whose children have flown the nest.

The persistence of this view means that many beer enthusiasts fail to appreciate the reality of how the vast majority of ordinary people approach the subject of drinking. Most adults in this country probably do not visit a pub or a bar to have a drink (as opposed to eating) from one month to the next. They have no inbuilt loyalty or affection towards pubs as a concept, and on many drinking occasions going to the pub is not even an option.