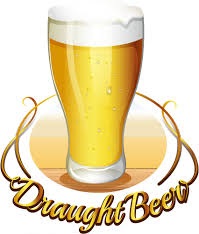 It may seem a distant pipedream at present, but the day will eventually come when the pubs are allowed to open again. When it does arrive, the licensed trade will be in need of all the help it can muster to get back on its feet. One idea that has been suggested by CAMRA is to reduce the rate of duty on draught beer only.

This has a number of reasons to commend it. By definition, draught beer is only served on licensed premises (apart from the occasional person buying a cask or keg for a party) and so this would be very accurately targeted. It is clearly defined and virtually impossible to evade. Plus, unlike with reducing duty for all beer, or indeed all alcohol , sold in the off-trade, there would be no possibility of seepage into the off-trade. Even if someone buys a container of draught beer to take home, the pub still gets the benefit, and it can’t really be done on an industrial scale.

However, it’s important not to get carried away. It’s likely that most pubs would use it as an opportunity to rebuild their margins rather than passing it on directly to the customer. The exception, as usual, would probably be Wetherspoon’s.

And how much difference to consumer behaviour would it actually make? The duty plus VAT on duty paid on a pint of 4% beer is 52p. Even if that was halved, it would still only be a gain of 26p, which is well under 10% of the price of most pints. That’s really neither here nor there for most pubgoers and, as I wrote here, isn’t of itself going to tempt them to drink much more in pubs. “Responsible people who aren’t on the breadline, which is most of us, don’t go to the pub because the opportunity doesn’t arise, not because they can’t afford it.”

I’m also inherently suspicious of any attempts to use the tax system to discriminate between “desirable” and “undesirable” activities. For a start, they often have little effect, especially when going against the grain of people’s behaviour. Despite the 50% duty cut, there hasn’t been any upsurge in consumption of 2.8% ABV beers, because people just don’t want to drink them. And, although there aren’t really likely to be significant issues in this case, such policies also tend to lead to “tax break specials” to get around the spirit of the legislation, and have the potential to produce adverse unintended consequences.

Some CAMRA diehards will grumble that the majority of the benefit will accrue to the drinkers of Carling and Stella, not real ale. But the objective is to support pubs, not real ale as such, and it should not be forgotten that two out of every three pints drunk in pubs are lager, while only one in seven is cask beer. It is the lager drinkers who keep the pubs going.

Another question is how such a measure would interact with the existing systems of lower duty for very weak beers, and higher duty for very strong ones, and Small Brewers’ Relief. Plus the anti-drink lobby will be up in arms at any cut in alcohol duty, no matter how worthy the motivation.

Given the current state of the public finances, the likelihood must be that, in his Budget in March, the Chancellor decides to raise alcohol duties across the board. So, even though it may in theory have much to be said for it, don’t expect a cut in draught beer duty to figure on his agenda. And I doubt whether much, if any, draught beer will end up being sold in March anyway.