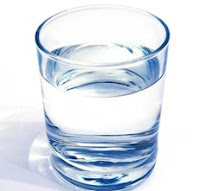 A Bristol licensee has recently complained that her profits were being adversely affected by customers choosing just to drink tap water with their meals. At first sight, this just comes across as sour grapes. Free tap water is a legal right, and indeed on several occasions recently I have been given a carafe of water in restaurants without even asking. A business needs to adjust its pricing to ensure it makes a profit on what customers actually order, not what they think they should order.

However, on reading between the lines, it seems that the food in question is being provided by pop-up vendors, so the bar is probably making little or nothing from it. Maybe in this case the answer is to charge the pop-up businesses more commission for the right to sell their food on your premises. Or you could adopt the Wetherspoon’s approach of meal deals combined with drinks. You would have no problem getting a free glass of tap water in Spoons, but you wouldn’t get a discount off the “with soft drink” price because the two come together as a single offer.

My recollection is that the right to free tap water was introduced to give drinkers, especially in nightclubs, the opportunity to rehydrate without being charged for the privilege. Some publicans complained about it at the time, but I don’t really see that it represents a threat to anyone’s business, and indeed have occasionally taken advantage of it myself to wash down tablets. There is perhaps scope to abuse it, for example by groups of thirsty cyclists or hikers demanding rounds of water, but I doubt whether that’s at all common, and a decent licensee should be able to make it clear that is basically taking the piss if they’re not going to spend anything.

If you’re running a restaurant, you are able to insist that your customers do actually buy something, and once their meal has finished its course you can encourage them to leave. However, it’s not quite as simple in a pub, and I’ve written before about the potential for the abuse of hospitality by customers who put little or no money across the bar. One example given in the comments was people coming in the watch TV sports but not buying anything.

However, unless your pub is full, you’re not really losing any money from non-drinking customers, and if one member of a group spends all evening on tap water you will still be making money from their companions. If you really do feel that people are taking advantage, there are various tactics available to a competent licensee to make them unwelcome, and of course at the end of the day you are legally entitled to refuse to serve anyone, and ask them to leave, without giving a reason.

Posted by Curmudgeon at 1:33 pm