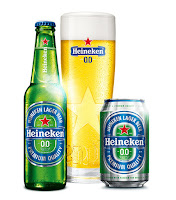 The other day, I was in a pub where a guy went up to the bar and very decisively ordered a Heineken Zero. Nothing unusual about that, maybe, but in general people would either ask generically for a non-alcoholic beer, or ask slightly sheepishly what non-alcoholic beers they have. That he was able to order it by name suggests it has established a strong brand identity.

Obviously a major driver behind the recent surge in interest in alcohol-free beers is a growing concern about health and wishing to cut down in general on alcohol consumption. However, this sparked the thought that there may well be another motivation on the part of brewers.

In the future, there is likely to be a growing trend to restrict or prohibit entirely the advertising of alcoholic drinks. So far, there hasn’t been much movement on this issue in the UK, and the public health lobby currently seems distracted by sugary and fatty foods. However, it is eventually going to happen. So creating alcohol-free range extensions could be a good way of keeping your brand name in the public view even if advertising of the main product has been banned.

Alcohol represents a much more diffuse target than tobacco, as it comes in a wide range of varieties and strengths, and it also attracts a huge amount of commentary both from journalists and non-professional writers. Thus it would be a lot more complex to impose advertising restrictions. However, the tide is clearly flowing in that direction. Maybe eventually they would prevent alcohol-free drinks sharing brand names with alcoholic ones, but it wouldn’t be a straightforward process. And alcohol-free variants may at least buy the brewers some time.