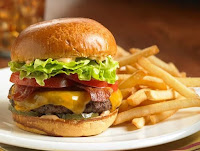 In an attempt to revive the hospitality trade, the government have announced an Eat Out to Help Out initiative, under which customers of pubs and restaurants will be able to get a 50% discount on food and soft drinks on Mondays, Tuesdays and Wednesday. What a good idea, you might think. You could go out and enjoy some fish and chips, or roast lamb, or a cheddar ploughman’s, followed by some tiramisu or chocolate fudge cake. The only problem is that, apparently, the government don’t actually want you to eat any of those things. Under their proposed anti-obesity strategy, they’re all considered so bad for you that it won’t be possible to advertise them on television before the 9 pm watershed.

It seems that Boris Johnson has been spooked by his own brush with Covid, which has prompted him to adopt “Nanny State” policies that previously had been ruled out. I wrote about the possibility of this happening back in May, and concluded that “any ‘war on obesity’ started by the government will be largely ineffective, will get a lot of people’s backs up, and will create a whole raft of unintended and undesirable consequences.” it also seems particularly bad timing to impose new restrictions when hospitality businesses are already struggling.

It is presented as a crusade against “junk food”, but that is a nebulous concept for which it is impossible to come up with any hard-and-fast definition. In practice, it will to cover foods that are “high in fat, salt and sugar”, which in practice covers many items considered natural and wholesome. I wrote last year how a similar ban on advertising imposed by Transport for London had caught up in its net a company specialising in boxes of fairtrade products, who had had the temerity to include bacon and butter in a photograph. But they felt it was unfair on them rather than drawing a wider conclusion. The whole can of worms is set out in this paper (PDF donwload) from the Institute of Economic Affairs.

Fortunately it seems as though small independent businesses will be excluded, as including calorie counts on menus would place an unreasonable administrative burden on them. However, the clamour to bring them within its scope will be unlikely to relent, whatever the wider consequences. And the restrictions on what can be advertised will harm the revenue of already struggling media outlets.

The policy is effectively filleted with his usual aplomb by Christoper Snowdon in this article entitled Boris Johnson’s Absurd Nanny State Crusade:

Finally, it is at least pleasurable to think of all the headaches the government will now have as it tries to turn the dozy ideas of ‘public health’ fanatics into workable legislation. Most of the policies that Johnson is toying with have been dusted down from the fag end of the Cameron era. They were gathering dust for a good reason. They are not just illiberal and ineffective, they are impractical and illogical. Since there is no legal definition of ‘junk food’, the government will find itself in the same preposterous position as Transport for London, which had to ban adverts showing butter and jam last year and even had to censor its own promotional literature to remove images of popcorn and cream.

One of the few consolations is that we will be able to enjoy a lavish helping of Schadenfreude as the whole thing becomes tangled up in its own contradictions.

It’s gesture politics pure and simple, straight out of the “something must be done” school of public policy. But, sadly, it seems that whichever party you vote for, Public Health England always ends up in government. And the fact their sights have currently been trained on food doesn’t mean they won’t return to alcohol in future.