A week ago last Tuesday, the government confirmed that pubs in England would be allowed to reopen under certain conditions tomorrow, Saturday July 4th. Later in the day they issued the detailed guidance on how this was expected to work. I have deliberately avoided returning to this subject in the meantime because everything is speculation, and we won’t really know how it will turn out until it actually happens.

However, the point that has probably led to most discussion is contained on Page 11, where it says “You should assist this service by keeping a temporary record of your customers and visitors for 21 days, in a way that is manageable for your business, and assist NHS Test and Trace with requests for that data if needed.” Clearly, there is a strong justification for this, but it is something that has never been required of pubs before for walk-in customers, and the trade has spent the following week running around like headless chickens trying to come up with ways to implement it. It also creates serious privacy implications that should not be lightly dismissed.

Eventually, yesterday the official guidance on collecting customer details was produced, which is considerably more straightforward than many people had imagined. The key details are shown below. Note that it states “No additional information should be collected for this purpose”, so pubs will be going too far even to ask for addresses. 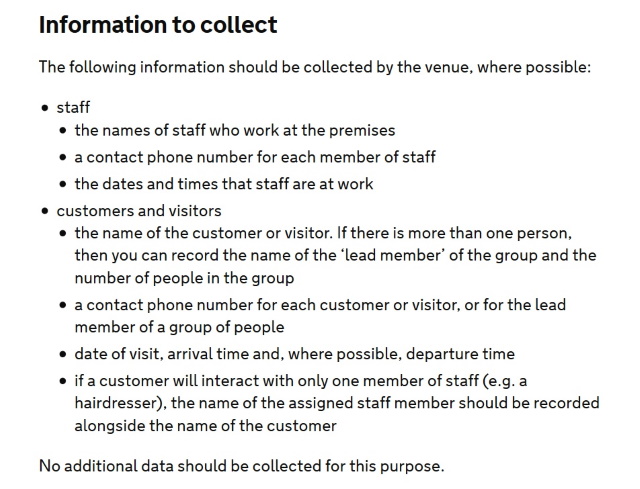 This is pretty much what Wetherspoon’s have said they will be doing. If some people write down Donald Cummings or Dominic Duck, so be it, but in reality I’d expect a high level of compliance, as making up a false identity is actually much more hard work than telling the truth. This little pad used by a German restaurant points the way, although even the address field is superfluous. 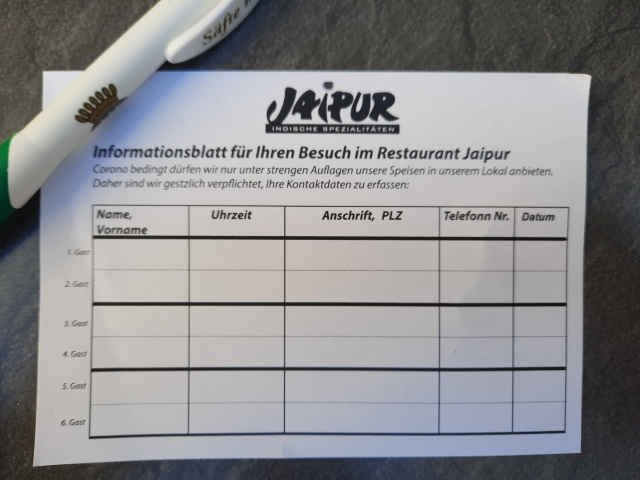 Compare this with the diktat issued by the Prince Albert pub in Wolverhampton, which goes well over the top. In particular, demanding to see “official” ID, except for purposes of age verification, seems completely unreasonable, as is demanding a temperature check and asking for date of birth. So I think my custom would probably go to the nearby Great Western, which is a far better pub anyway. In any case, I have no current photo ID. 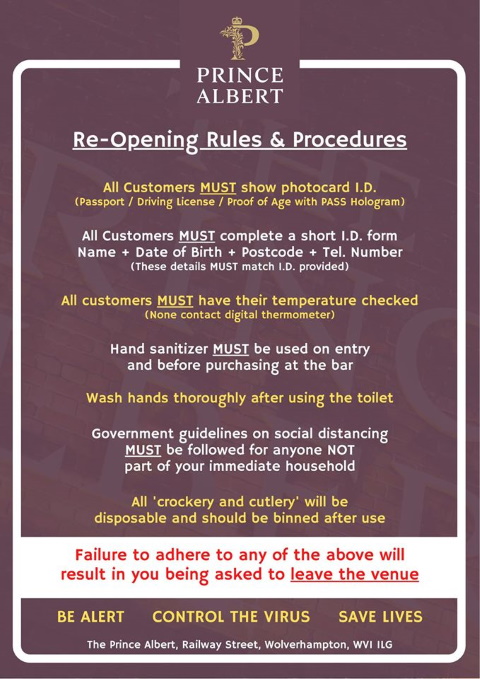 On a related note, the various CAMRA branches in Greater Manchester have got together to produce a very useful one-page listing of which pubs and bars are expected to be open tomorrow and during the coming weeks, which is an extremely praiseworthy effort. You should be able to find somewhere to have a pint in most areas. In particular, local family brewers Joseph Holt are opening all but 13 of their pubs, as listed towards the bottom of this page.