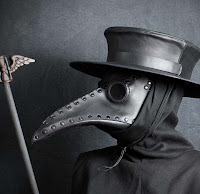 Earlier this week, the government announced, after much speculation, that they were going to require people to wear face coverings in shops in England from a week on Friday. This seems a somewhat bizarre decision, given that the virus has pretty much burnt itself out now, and people have been visiting shops right through the peak of the pandemic without them. In any case, many experts consider that masks are of very limited effectiveness.

The impression is very much that they have done this in response to public opinion, with many opinion polls showing a clear majority in favour of compulsory mask wearing. However, this isn’t borne out by people’s actual behaviour on the ground. From my observation, well below a quarter of supermarket customers are wearing masks. It seems that many people want the government to force them to do something they’re unwilling to do of their own volition. This is rather akin to those wealthy people who call for higher taxes, but never actually write out any cheques to HMRC themselves, which they’re perfectly entitled to do.

It’s important to note that the rules refer to “face coverings” rather than specifically to purpose-made masks, so it’s perfectly possible to use ones made from old scarves or T-shirts. How effective those will be is obviously highly questionable. No specification is given, so no objection could be raised to wearing the plague doctor costume shown above, or to flimsy items which were only intended as decorative costume adornments. On the other hand, the Welsh government has decided that all public transport passengers will be required to wear three-ply masks, which will need considerable skills in needlework if you want to make them yourself.

The way masks are actually worn also leaves much to be desired. In theory, the disposable ones that seem to be most popular are only supposed to be worn once. Take it off, for whatever reason, and you really should put a fresh one on. But how often is that going to be adhered to, especially since many of the mask zealots in the media keep telling us how easy it is to slip them off and on again? And how often are the home-made ones going to be washed in practice? Once a week if you’re lucky. Plus, the actual disposal of all the disposable masks is going to create an enormous waste problem. It’s also noticeable that all of them seem to have been made in China!

Many people have genuine medical reasons for being exempt from wearing a face covering. For example, experts have warned that people with asthma should not wear masks. But it is likely that they will have to endure bullying and harassment, both from staff and other customers, if they turn up at a shop without one. And many deaf people depend on lip-reading to communicate with others, and are going to be made to feel even more isolated.

People may well grudgingly put up with wearing a mask when nipping round the supermarket for essentials. But it makes going out shopping a much less enjoyable experience, and will act as a serious deterrent to more extended expeditions for leisure shopping, especially for clothing. A month after “non-essential” shops were allowed to reopen, High Streets are still seeing greatly reduced trade, and making shoppers wear masks is likely to bring any hopes of revival to a juddering halt.

Fortunately, so far pubs and restaurants have been excluded from the requirement, but what’s to guarantee that this won’t change in the future? After all, it has already happened in some Continental countries. After only just having reopened, and still struggling with reduced capacity, that would to deal a fresh body blow to the pub trade. Going to the pub is supposed to be an enjoyable leisure experience, not something you’re expected to grimly endure. And the blow to town centre shopping will have a further knock-on effect on pubs.

Some have argued that compulsory mask-wearing will encourage retail activity by instilling a greater sense of confidence, but surely human nature suggests it will have precisely the opposite effect. Far from representing any kind of return to normality, it will be an indicator of an ongoing climate of fear and anxiety.

No specific end date has been set for the measure, or any set of criteria against it will be judged. Indeed, Health Secretary Matt Hancock has stated that it may have to continue until a vaccine has been found, which could be never. As the great Milton Friedman said, “nothing is so permanent as a temporary government program”. Remember that the afternoon closure of pubs, brought in as an emergency measure during the First World War, lasted over seventy years, and income tax, originally introduced to finance the Napoleonic Wars, is still with us.

Posted by Curmudgeon at 3:39 pm