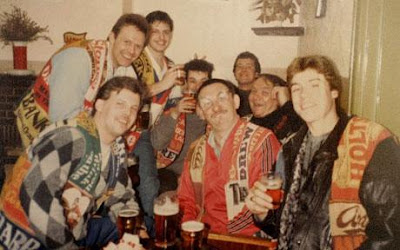 It's hard to beat this story for commitment to pubgoing and drinking:

No doubt Dawn Primarolo or some other joyless New Labour health minister will condemn it for setting a bad example and encouraging drinking above "safe" levels.

It was also interesting that in a radio interview they admitted to doing most of this pub-crawling by car. Now, I'm sure they're well aware of the need to avoid falling foul of the law, but can we really believe the designated driver doesn't partake of the occasional half?
Posted by Curmudgeon on November 02, 2008