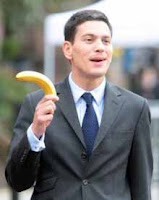 I was astonished to read that, as part of his campaign for the Labour leadership, David Miliband had decided to pose as the defender of pubs. Now Miliband strikes me as the kind of patronising, upper-middle-class Hampstead socialist who actually finds the working classes in the flesh deeply distasteful, and who has never had a good session in a pub in his life. And it is a bit rich coming from someone who previously served in a government that had spent thirteen years doing its best to do down the pub trade, and all too often seemed to see pubs as a toxic health hazard rather than a valuable community resource.

While there may be issues with the pub company tie and planning law, the fundamental problem with the pub trade today is not one of structure but of lack of demand. If demand was strong, nobody would be too concerned about the tie and very few would be trying to get a change of use for pubs. Pubs are struggling and closing because not enough people want to go to them. Some of that is due to social trends, but much stems from specific government actions.

The way I see it, any government with any interest in standing up for the pub trade should do the following:
And then, apart from that, leave pubs alone. No new laws, no new initiatives, no new restrictions, no new red tape.

And would Miliband do any of that? If not, his posture as a champion of pubs is hypocrisy of the most contemptible kind. I must say I’m inclined to agree with Mr Eugenides’ blunt assessment here.
Posted by Curmudgeon at 5:54 pm