Passing on the torch 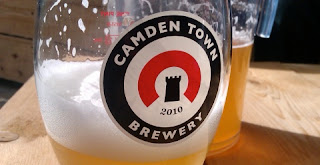 Recent months have been notable for a number of examples of major international brewers taking over some of the more successful craft breweries – Lagunitas and Ballast Point in the US, and Meantime and Camden in the UK. This has resulted in widespread disappointment amongst craft beer fans, feeling that they have been sold out or even betrayed.

Many would argue that the size of the company making it shouldn’t affect your opinion of a beer, but this attitude is understandable given that, at least in the US, the craft brewers originally sprang up to challenge the big boys and their sea of mediocre, bland beer. Selling out to “the man” is, for many, hard to forgive. On the other hand, if you are offered £85 million for a business that on a normal return-on-investment basis is worth £15 million, you will have to have some mighty principles to refuse.

It’s easy to see these takeovers in simplistic terms as buying out potentially threatening competition but, in reality, the reasoning is more complex, as Zak Avery explains here. It’s a recognition that “interesting” beer is the only section of the market that is growing, and the major brewers want a share of that. It also offers much higher margins. But they will have to be very careful not to devalue the brand equity by cost-cutting and dumbing down. Beer probably has more vocal and savvy buyers than any other consumer product.

There is a parallel in the way that, over the lifetime of CAMRA, many well-loved independent brewers have been taken over by their bigger brethren. Yates & Jackson, Simpkiss, Hardys & Hansons, it’s a long list. If you have a copy of the 1989 Good Beer Guide you will find a photo of my good self on a protest march about the closure of Oldham Brewery. But this was all about acquiring more tied pubs, not buying brands. Promises about maintaining the character of beers and keeping breweries open almost always turned out to be written in sand. And, with very few exceptions, the brewery owners agreed to be bought out rather than being subject to a hostile takeover bid. Family brewers tend to sell up when the owning family are no longer interested in the business.

But this raises an important point. It may not seem remotely relevant when you’re just starting up, but ultimately every business requires either an exit strategy, or a continuation strategy. Over the past couple of years, we’ve had a number of “meet the brewer” presentations at meetings of our local CAMRA branch. It’s hard to generalise – some are young people who still have a day job but hope to go full-time, some give the impression of doing it on daddy’s money, some have a fully worked-out, ambitious business plan, some are doing it as a retirement or redundancy project. The one thing they have in common is an enthusiasm for beer beyond simply wanting to make money.

There will come a time, though, when every individual small business owner wants to move on. Most micro-breweries eventually just shut up shop because the owner has become too old, or unwell, or has lost interest, or isn’t making a worthwhile profit. If you look at the micros from the first couple of decades of CAMRA, few are still in existence in any form. In many cases, the brewing kit will be sold to someone else wanting to start up a brewery, which will give them a welcome leg-up.

Sometimes, the brewery can be sold as a going concern to someone else. This has happened both to small one-man operations and sizeable, established concerns such as Butcombe and Exmoor Ales. Or you can pass it on to your children or relatives, which has been the modus operandi of the family brewers. I’m sure there have been examples of this amongst micros, but I can’t readily think of any examples.

Ultimately, there’s the possibility of turning it into a listed company that is owned by a broad spread of shareholders and run by professional managers. But I think the last British start-up brewery to do that was set up in the 19th century. Or you can sell your operation to a larger rival, which is what start-ups in all sectors have been doing since the dawn of business. If you’re approaching retirement, or if you get an irresistible offer, who can blame you?

And there’s always the question of when Messrs Watt and Dickie of BrewDog will eventually get the offer they can’t refuse, even though they have been quick to exclude sell-out beers like Lagunitas and Camden from their bars and nail their flag of independence to the mast. Or will BrewDog become a world-bestriding colossus of craft beer? Only time will tell.