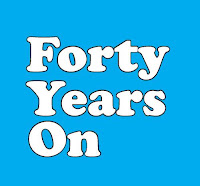 Today is my fifty-eighth birthday, and thus I’m marking forty years of legal drinking in pubs. I remember celebrating my eighteenth with a pint of Greenall’s Bitter with my dad in the Fishpool Inn at Delamere in Cheshire, a pub now hopelessly lost to gastroification. I don’t propose to do a survey of all the changes in the intervening period, although this post sums up many of the aspects of pubs and drinking that were very different back in 1977. And Matthew Lawrenson has encapsulated it with his characteristic mordant humour here:

@oldmudgie "The pubs are all closing & there are overpriced craft bars full of hipsters. But Sam Smiths is only £2 & we got Brexit, So that's ok then"?

But, in the wake of the General Election result, can we even be confident we’ve got Brexit?

However, it’s worth briefly mentioning three points on which things have got markedly worse.

1. The hollowing out of the pub trade. Back in the late 70s, the total amount of beer sold in British pubs was almost three times as much as today. Since then, huge numbers of pubs have closed, many have gone over so much to food that they offer little welcome to drinkers, and many of those that remain are so quiet for much of the time that it’s like intruding on private grief. Even when pubs are still open, they have often severely curtailed their hours. The range of people who visit pubs, and the range of occasions when they visit, have both greatly diminished. This is especially evident on Sunday lunchtimes, once one of the busiest and most convivial sessions of the week, now often largely deserted except in dining pubs.

Yes, the trade has held up better on the traditional busy times of Friday and Saturday nights, and it’s possible to point out individual pubs that continue to thrive. But they’re a lot fewer than they once were, and succeed in a narrower range of locations. For most normal people, regular pubgoing just isn’t a part of their everyday lives in the way it once was. Yet many who give the impression of living their entire lives inside the “beer bubble” just don’t seem to see this at all.

There are still good times to be had in pubs, and from this year so far I remember particularly my visit to Bathams’ Royal Exchange in Stourbridge, the local CAMRA Pub of the Month presentation at Sam Smith’s Blue Bell in Levenshulme, and the excellent, bustling atmosphere in (again) Sam’s White Horse in Beverley. But it’s impossible to avoid the feeling that we’re enjoying the last rays of an Indian Summer.

2. The erosion of geographical distinctiveness in beer. Back in 1977, although some beers like Ruddles County often popped up in the free trade, Draught Bass was the only nationally-distributed cask beer. Even the “Big Six” offered regional cask beers from breweries in each specific area. There were also a lot more independent family brewers with distinctive beers and tied estates that have vanished now – companies like Camerons, Home, Tolly Cobbold, Matthew Brown and Border.

Of course there were areas such as Birmingham where there was a duopoly, and in total there is much more choice of beers now. But, in mainstream pubs, very often the beers on the bar are familiar, nationally-distributed brands such as Doom Bar, London Pride and Bombardier. And, in many pubs that do offer a wider choice, “perm any six from a thousand” means it’s pot luck what you’re actually going to find.

To my mind, something important has been lost by the dwindling of regional variation and identity. That’s why we should cherish the continued survival of breweries from Samuel Smith’s down to Batham’s and Donnington with a distinctive beer range and style of pub. And it’s good to see one or two companies like Joule’s and Titanic seeking to revive the tradition.

3. The disappearance of full measures. Back in the late 70s, across a large swathe of the Midlands and North, metered electric pumps were a very common means of dispense for cask beer, and often the norm. It wouldn’t surprise me if fully half the volume of real ale sold was electrically dispensed, if not half the number of pubs. It was, quite simply, a better system than handpumps. It ensured full measures, it was much quicker in a busy pub, and it took away from bar staff the ability to ruin a pint by poor pulling technique.

Yet it has now pretty much entirely disappeared, with only a handful of holdouts surviving. Of course handpumps give a clear symbol of real ale that electric pumps didn’t, but couldn’t CAMRA have worked with brewers to produce a distinctive meter design for cask beer? Plus, while I’ve long since given up getting too exercised over the subject, nowadays getting 95% of the measure you’ve paid for has become the norm, with smooth and Guinness drinkers often suffering most.