Some of my best friends are working class 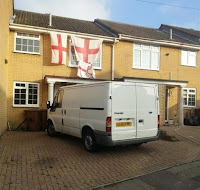 So it is in the world of beer. We hear plenty about “beer sexism”, but much less about the exclusion of the working class. Has there ever been a more achingly right-on, middle-class endeavour as the whole project of “craft beer”? It seems that some involved in it have cottoned on to the fact that they “have a reputation as gentrification’s outriders” and, according to an article in the Guardian entitled Draft includers: how craft beer found its mission, have been “trying to bring in more women, working-class people and people with disabilities to both drink beers – and make them.”

However, the whole piece comes across as a classic example of Guardianista identity politics virtue-signalling. As an example of “reaching out”, it offers:


In Australia, the Sparkke Change Beverage Company is aiming to drive social change with its canned beers, ciders and wine, all of which raise money for charity. The pilsner, for example, is called Change the Date; it supports the campaign to move Australia Day away from 26 January, which is “a date that marks the beginning of two centuries of dispossession, theft, colonisation and violence”.

Anything less likely to win over the average ocker is hard to imagine. What does it have to say to a Stella-loving, Sun-reading, white-van driving, footy-supporting, Leave-voting working-class drinker? And yes, that is a stereotype too, but one with a strong base in reality. To a working-class beer drinker, Peroni is aspirational. Cloudwater is something beamed down from another planet.

In the early days of CAMRA, real ale was something consumed as much, if not more, by working-class drinkers as by middle-class ones, although to them it was just bitter or mild. The middle-class aficionados would go on excursions to down-to-earth pubs in Eccles and Lower Gornal to seek out rare brews. But people don’t do that now, and in many cases the pubs themselves will have either closed or lost their real ale. And how many working-class drinkers would you find in your average trendy suburban craft beer bar?

While class is a matter of identity, not just money, the oft-heard claim that beer is too cheap, and the push for the £5 pint to be normalised, are in effect putting two fingers up to any drinkers who are struggling to make ends meet.

For the avoidance of doubt, I am middle class and have never pretended to be otherwise. But, unlike some, I don’t sneer at people who drink Stella, eat at McDonald’s and shop at ASDA. Indeed on occasion I have done all three myself.