Bring out your bottles 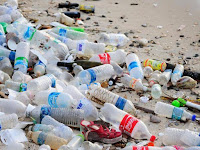 The government have announced that they intend to introduce a deposit scheme for plastic bottles, which they will consider extending to glass bottles and metal cans. The intention is to increase the rate of recycling, curb litter and reduce the amount of plastic waste entering the oceans. Clearly this is a laudable aim, provided that the vessels are actually recycled rather than just being shipped off in containers to be dumped in the Congo. However, as with any such innovation, there are various aspects that need to be carefully thought through.

One of the most obvious is how it will impact on establishments that sell bottles or cans for consumption on the premises. As the ALMR have rightly pointed out, ideally they should be exempted from the deposit scheme, as anything else could lead to horrendous administrative complexity. But what then happens if customers take bottles out of the pub and try to claim refunds back?

Looking at the wider picture, we already have a well-established system of kerbside collection of bottles and cans, which may cause a certain amount of grumbling, but generally works well and achieves a high level of recycling. People have become used to this, so it would seem a bit destructive and wasteful to ditch it in favour of a whole new parallel infrastructure. Surely there must be some way in which reclaiming deposits could be integrated with the existing kerbside collections. The sheer amount of effort and investment needed to duplicate this should not be underestimated.

It’s all very well saying “take your bottles back to where you bought them”, but people accumulate bottles and cans from a variety of sources and would quite reasonably expect to return them for deposit reclaim to a single point. And, if they’re among the growing number who order their groceries online and have them delivered to their house, it would require them to make an additional journey purely to get their deposits back, which isn’t exactly very environmentally friendly.

In some countries, you get a voucher to spend at the shop hosting the recycling point, but it doesn’t seem fair to force you to spend it somewhere you might not choose to shop. A correspondent from Germany reports how the atmosphere around the recycling stations can become pretty unpleasant, especially in the summer, and resentment is inevitably provoked if apparently valid containers are rejected.

The places that sell beverages all become very sticky, as people return unrinsed bottles in bags. Ants everywhere in summer. The automated machines will refuse to accept bottles you bought at that store, so you have to find an employee who doesn't care or schlep them further.

It’s not hard to imagine that, if the new system doesn’t work smoothly, it could even end up in a reduction in recycling rates if people perceive it as being too much like hard work. Of course in principle it’s worth doing, but great care will be needed to ensure that the scheme doesn’t bring with it a whole raft of undesirable and unintended consequences, which is so often the case with government initiatives.
Posted by Curmudgeon on April 06, 2018