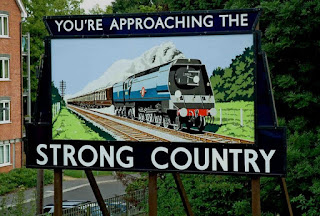 We were recently discussing the idea of “destination beers”, that is either ones that you need to journey to experience at all, or which are best drunk in a particular location. I suggested a pint of Donnington BB or SBA in one of their beautiful Cotswold pubs. “Surely you must be joking,” came the reply, “Donnington beers really aren’t up to much, are they?” Maybe they’re not, but that’s not the point. These beers, and the small estate of characterful pubs in which they are sold, represent a unique beer-drinking experience. If the beers were replaced by Doom Bar, and the pubs subjected to a pastel-shaded gastro makeover, the world would be a poorer place.

When I first became interested in real ale in the late 1970s, perhaps what fascinated me most was how there was a patchwork of independent breweries the length and breadth of the country, ranging from regional giants such as Vaux and Wolverhampton & Dudley to tiny firms like Bathams and Burts. Each had its own territory, its own distinctive beers and very often its own style of pub. It was a lesson in geography, with strongholds, heartlands and outposts. Drinkers would speak of “Gales country” or “Jennings country”. Of course some of the beers were better than others, and some more to my own taste, but there was a tremendous variety of different characters, and virtually all were enjoyable when in good condition, although I might make an exception for Gibbs Mew.

To visit an area and sample the beers of one of the more obscure breweries for the first time was a journey of discovery. You could go to a city only fifty or sixty miles away and be presented with an entirely different selection of beers, such as Home and Shipstone in Nottingham and Mitchells and Yates & Jackson in Lancaster. Often one of the pleasures of going on holiday was sampling the local brew such as St Austell in Cornwall or Adnams in Suffolk. Progress on a long road journey was marked by the changing brewers’ names on the pub signs. The distribution was patchy, and some areas such as Devon and Norfolk were devoid of independent breweries, but in others, such as Dorset, Oxfordshire and Greater Manchester, they were thick on the ground.

It wasn’t confined to the independents, either. All the Big Six national brewers, to a greater or lesser extent, retained some kind of regional identity in their beer range and pub branding. Indeed, in the late 70s and early 80s we saw a revival of local names, something was especially marked with Allied Breweries, who created dedicated pub estates for old brewery brands such as Peter Walker, Holt, Plant & Deakin, Friary Meux and Benskins.

Of course it wasn’t perfect, and there were beer deserts and local monopolies and duopolies. But, in the greater scheme of things, it didn’t matter too much if most of the pubs in Henley-on-Thames were Brakspear, or Palmers in Bridport, and it added to the individual character of those places. Overall it provided a rich tapestry of local and regional identity in beer, with the locality being enriched by having its own distinctive brew, and the beer enhanced by the link with a particular place.

Since those days, the number of independent family breweries has more than halved, although it needs to be emphasised that the vast majority sold up voluntarily. In the North-West alone, we have lost Boddingtons, Oldham, Greenall Whitley, Burtonwood, Higsons, Border, Matthew Brown, Mitchells, Yates & Jackson and Hartleys. Very often, those that remain see themselves more as pub companies that happen to have an ale brewery as a sideline. As the market share of ale has declined, the sign on the gable end that says “Mudgington’s Noted Ales” becomes less and less of a draw to Carling or Peroni-drinking customers.

The disruption following the Beer Orders resulted in the transfer of the former tied estates of the Big Six to pub companies and the loss of their distinct identities. While an old livery may say Bass or Courage, it’s no guarantee that particular beer may be available, and nor is its absence a sign that it won’t be. Increasingly, pub company outlets have come to offer the market-leading beers regardless of supplier, so a bar lined with Carling, Stella, John Smith’s, Guinness and Strongbow has become almost a standard feature for many ordinary pubs. The drinker of mainstream kegs and lagers has markedly less choice overall than there was prior to 1990.

Against this has to be set the dramatic rise in the number of microbrewers, and in the sheer variety of beer styles being produced. In theory, there is more choice than ever before, and for many beer enthusiasts it has opened up a cornucopia of delights. But it’s not like Amazon where every single book in existence is available to order, as a pub is limited in the number of lines it can stock, especially of cask beer. And, all too often, what you’re actually going to find in the pub becomes a lottery. It’s impossible to exercise choice in a meaningful way if you don’t know what to expect, and have little hope of being able to make a repeat purchase the next week. In effect, “beer range varies” has in itself become a single option.

I’m certainly not averse to trying new things, but I don’t want to make every visit to the pub a journey into the unknown. Pubgoing should be primarily about relaxation and sociability, not beer sampling. I would probably count myself amongst the 0.1% of people most knowledgeable about beer, but I find it dispiriting when I wander into a pub and survey a row of unknown or vaguely familiar pumpclips on the bar to try and identify something that might suit my mood and palate. Some of the new generation of breweries have established a strong regular foothold in pubs – for example, last month I was down in Dorset where many pubs served Otter beers. But there’s no sign outside saying “This is an Otter House”, and thus the visible identification between brewery and pub is broken. In 1978, if you wanted to sample an obscure beer, you might have a long journey, but you could probably find it in one of its brewer’s pubs, whereas now it can all too easily become a wild goose chase.

Of course we have gained something through the massive increase in both the number of breweries and beer styles being produced. But we have also lost something valuable in the way the link between beer and place has been eroded through the decline of family brewers and their tied estates. We should treasure the continued existence of quirky, independent companies like Donnington.

On a brighter note, it is good to see the trend being reversed in a small way by brewers such as Joules, Titanic and Wye Valley building up their own pub estates, although a cautionary note must be sounded that a similar policy in the past has caused brewers such as Smiles, Archers and Copper Dragon to come to financial grief. Joules in particular have developed a very distinct and identifiable style of pub - if I see a Joules sign, I know pretty much what to expect. And of course that is exactly what BrewDog are doing by opening a chain of bars in big cities majoring on their own beers, although they do feature some guests. But they stick to a single format, so you’re not going to come across a BrewDog estate boozer or rural gastropub.