If you had said to the people who were in at the birth of CAMRA that, forty-five years later, the organisation would be promoting keg beer, cans and trendy bars, they would have laughed in your face. Yet so it has proved. What was once essentially a campaign to preserve a unique and endangered British tradition has, over time, metamorphosed into much more of an organisation that supposedly champions all good beer, however, defined, and has also in recent years introduced a much greater note of outright snobbery.

It’s often said that CAMRA is a broad church, but it has to be said that those whose interest is mainly in the traditional side get very slim pickings at present, and are often the subjects of sneering and derision. There are people who contribute to CAMRA’s Discourse discussion forum with whom I struggle to identify any commonality of interest whatsoever.

So maybe the time has come for a new organisation to cater for those whose interest in the sphere of beer and pubs is primarily in the preservationist arena, which we could perhaps call “Heritage Brew”. This would not be a rival to CAMRA so much as being complementary. Nor would it campaign in any active sense, except perhaps for the listing of heritage pubs, and to urge breweries not to discontinue traditional beer brands. It would essentially be a vehicle for people to share and pursue their particular enthusiasm. It would certainly never seek to divide anything into hard and fast categories.

As I wrote here, there is a big difference between what people buy as consumers and what they pursue as a leisure interest. Being interested in historic breweries doesn’t mean that you can’t drink craft beer, or that you’re against in any sense, just that it is essentially a consumer product to you, like cheese or washing up liquid. And the claim that some will raise that they’re equally interested in everything just doesn’t hold water, and will be contradicted by their own actions. 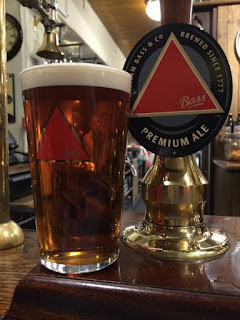 In terms of beer, the focus would be on the traditional British styles – light and dark mild, bitter, pale ale, stout, porter, old ale, barley wine and so forth. Much of this is produced today in cask form, but it certainly wouldn’t exclude keg beers, and indeed a surprising number of once well-known beers only live on today in keg form, especially milds. It would also encompass bottled and canned beers, where again many survivors from light ales to barley wines linger on in obscure corners of the market. And it would cover the premium bottled ale sector, which receives little attention from beer enthusiasts gushing over the latest 330ml can of American-style hop soup. Most of the beers in this category are bang in the middle of the British tradition, and often are only rarely seen on draught, or have no draught equivalent at all. And the sector does contain some underappreciated hidden gems, such as McEwan’s Special, a rare survivor of the classic Burton style. Things such as surviving old-fashioned pumpclips, keg fonts and electric meters would also come within its purview. 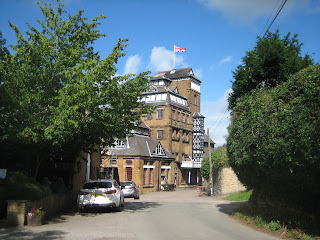 When it comes to breweries, at the core would undoubtedly be the surviving independent breweries who were in existence in 1972 and have kept the flag of traditional British beer styles flying ever since. There is still some traditional beer being produced in the remaining British plants of the international brewers, but that isn’t their primary focus. To these must be added the new breweries that have been established in the succeeding years and who have mainly concentrated on British styles, such as Black Sheep, Wye Valley, Butcombe and Joules. There are some breweries such as Hawkshead who successfully straddle both camps, but obviously other well-known names of the craft beer movement concentrate on constant innovation and American-influenced styles. And it certainly helps if your operation is in a magnificent historic brewhouse such as that of Hook Norton shown above. 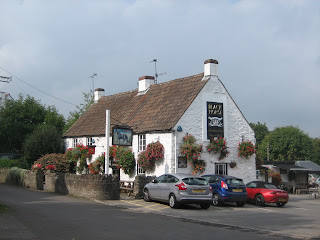 For traditional pubs, the best place to start must be CAMRA’s National Inventory of Historic Pub Interiors, which to my mind is one of the most important things the organisation has done. However, amongst the wave of enthusiasm for craft bars and brewery taps it seems to have slipped down the priority list recently, and its website has now been offline for “upgrading” for several months. Together with the various regional inventories, the total of listed pubs must come to over a thousand, but there are plenty more that may not be so unspoilt, but which still retain a broadly traditional character in terms of their layout, fittings and customer dynamics. It’s hard to define, but you know it when you see it. And, to widen the scope, there are plenty of pubs that may have been much modernised internally, but are still located in impressive historic buildings, something that is outside the remit of the National Inventory. Maybe there would be scope to publish a guidebook of “Britain’s Finest Traditional Pubs.”

Initially I just came up with this idea as a kind of thought experiment. But maybe there may be rather more to it than that. So who’s with me for a pint of keg M&B Mild in that unsung 1930s West Midlands boozer that didn’t quite make it on to the regional inventory, but still has red dralon bench seating, a meat raffle and little bags of Ploughman’s Lunch pinned to a card on the bar back?