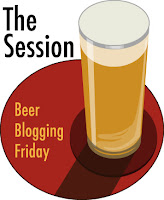 For a number of years, something called “The Session” has been run on a monthly basis amongst beer bloggers. This is basically asking the various bloggers to write their own take on a common subject. While the results have often been interesting, I have never participated, because I don’t really see this as a “beer blog” as such. It is more a blog on the general subject of lifestyle freedom, but centred around beer and pubs. And, as a political conservative, a craft beer sceptic, and a passionate and unrepentant opponent of the smoking ban, I have never felt part of that community.

However, it was a coincidence too poignant to miss that the last outing of “The Session” came last Friday, on the subject of which beer you feel would be most appropriate for a funeral. This happened to be the day on which my dad would have been a hundred years old, had he lived. He was born on 7 December 1918, and died on 2 March 2010.

I loved him dearly, and scarcely a day goes by on which I don’t miss him. Yes, in some ways he could be a very annoying man, and I’m sure in other ways he also found me something of a disappointment. But that is probably common to most father and son relationships, and ever since I came within a year or so of legal drinking age we would regularly share a pint or two in the pub. It was where we had our best and most open conversations. I can recognise in him many of my own character traits, in particular his refusal to tug the forelock to authority, which undoubtedly hindered his career, and also probably did the same to mine. But would he – or I – really have enjoyed the advancement that came from brown-nosing? In summary, we were both awkward buggers. 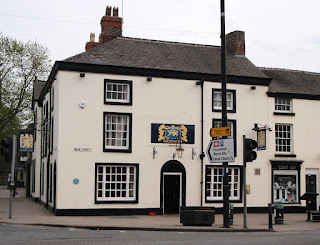 In his last years, especially since he had to give up driving, I would often take him out for a pint, latterly generally to the Golden Lion * in Frodsham, a Sam Smith’s pub. Indeed, this was the pub in which he enjoyed his last ever pint, in the Autumn of 2009. Of all the pubs in the area, this was the one he felt most at home in, for all the usual reasons for which Sam’s pubs stand out from the crowd. He was a firm believer in the virtues of bench seating, and we always had the same corner in which we would sit. Ironically, while I was driving, I would have a couple of pints, while he would just have one and a half or, towards, the end, just the one.

He always enjoyed a pint, and I have shared many hundreds with him, but I never saw him drunk, or anything beyond mildly tipsy at Christmas. I converted him to the idea of real ale, and for many years, Good Beer Guide in hand, he would seek out real ale pubs when on holiday with my mum. But, in his later years, he always enjoyed a pre-lunch can of Tetley Bitter at home. He never lost his intelligence, although towards the end it could become a bit vague and sporadic. In my experience, what tends to go with your parents is more their capacity to make decisions.

I miss you, dad, but I’m glad I shared a final pint of real ale with you in a proper pub.

* The Golden Lion always had cask beer when we went there, although sadly I see it has now gone keg, like many other Sam Smith’s pubs. But, even had that been the case when my dad was alive, I suspect we would still have gone there.