The beer that dare not speak its name 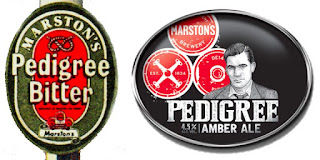 Go back forty years, and there were basically just three types of real ale sold on draught in British pubs – mild, bitter and old ale. Each had its own distinctive symbol in the Good Beer Guide. And chief amongst them was Bitter. The term covered a huge variety, strong to weak, dark chestnut to pale straw, mouth-puckeringly hoppy to sickly sweet, but it was all part of that same identifiable, and uniquely British, style.

Since then, sales of mild have declined yet further and it has disappeared entirely from large areas of the country. In reponse to this, brewers started renaming their milds in the belief that the term itself was offputting to drinkers. So we have Hydes brewing Old Indie, Moorhouse’s Black Cat and Thwaites Nutty Black. But now this tendency has spread to bitter as well.

At first one of the drivers of this was to give beers are more instantly identifiable presence in the free trade and in take-home sales, so instead of just Blogg’s Bitter we got Robinson’s Unicorn and Taylor’s Boltmaker. And, earlier on, it was mostly confined to beers at the stronger end of the scale, with Courage Directors, Young’s Special and Marston’s Pedigree dropping the “Bitter” and just going by their one-word brand name. But it has now extended to the classic “ordinary” bitters, such as Hook Norton Hooky, and many of them denying that they are any kind of bitter at all, often just describing as “amber ale”.

This trend has now come to the attention of beer writers, with both Martyn Cornell and Pete Brown penning pieces on the subject in recent weeks. Both of them see the undesirable flavour connotations of the word “bitter” as a major factor, but I’m not entirely convinced by that. After all we’ve been happily drinking it for decades, and “sours” have become popular in the craft world without anyone finding that terms offputting.

It is more that “bitter” carries associations, as “mild” did before it, as being something old-fashioned that your dad would drink. This was borne out last year when we went round Banks’s brewery in Wolverhampton and were told that changing the name of their Bitter to Amber had gained a very positive reaction from drinkers. At least they do still own up in smaller letters to it being a bitter, though.

However, “amber” really says nothing about the character of a beer apart from a colour, and for many bitters it is seriously misleading. This is the colour Amber as defined by the official HTML colour chart:

And this piece of actual amber, with a mosquito trapped inside, is pretty much the colour most people associate with the term. 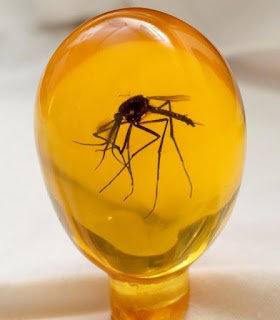 However, that colour is pretty much that of Foster’s when it was advertised by Paul Hogan as “the amber nectar”. Most bitters are considerably darker than that, and indeed Bombardier, despite being described as “amber beer”, is in fact a dark chestnut. The term is unhelpful and misleading, and obfuscates the true heritage of the beer. Nobody ever, when asked the question “what type of beer do you enjoy drinking?” replies “Oh, I like amber ale”.

At least, round here, if you go in a Holt’s, Lees or Sam Smith’s pub, you can still ask for a pint of bitter and that is precisely what you will get. Robinson’s, on the other hand, long ago renamed their Best Bitter Unicorn, and have more recently introduced a new mid-brown ordinary bitter called Wizard, while Hydes Bitter was renamed Original, as was Thwaites.

My friend Cooking Lager recently ran a Twitter poll which showed strong support for keeping the name of Bitter.

Whether you like it or not, Bitter, while it covers a wide spectrum of colours and flavours, is perhaps the quintessential English beer style, and stands in the pub alongside other major categories such as mild, stout and lager. To try to deny its existence and break it down into a myriad of sub-styles just sows confusion and leaves drinkers adrift as to what it actually is. So maybe it’s time that brewers should be prepared so say, loud and proud, that what they’re producing is Bitter, and stop trying to suggest that it’s just some fuzzy, ill-defined category of “Ale”.

And it seems that, after years of disguise, mild is at last coming back out of the closet and declaring unequivocally what it actually is, as shown in the pumclip below for Mcmullen’s AK, a light mild that for some years was badged as a light bitter. 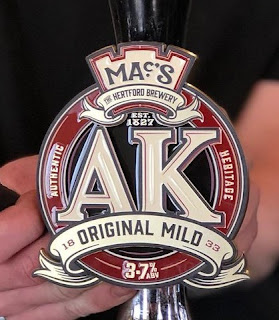 Posted by Curmudgeon at 3:51 pm