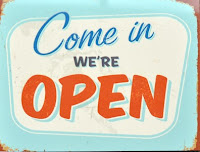 As I said in my previous post, “It may seem a distant pipedream at present, but the day will eventually come when the pubs are allowed to open again.” Planning for the future may appear inappropriate when set against the very high daily death tolls recorded in recent days, but to retreat into panic and despair and refuse to look forward would be irresponsible. It should be remembered that, During World War 2, the Beveridge Report was published at the time of the battle of El Alamein, and the 1944 Education Act was being debated in Parliament while the D-Day landings were taking place.

Although it is still more than three weeks away, the Prime Minister has stated that some kind of roadmap for reopening the economy will be produced on February 22nd, and the past few days have seen encouraging reductions in the number of positive Covid tests and hospitalisations. Assuming the vaccines prove effective, this trend should accelerate in the coming weeks.

However, it would be naive to expect any rapid progress in the sphere of hospitality. Over the past year, it often seems to have been treated as a scapegoat even when there was no evidence it was a significant source of infection. The main differences between Tiers 1, 2 and 3 were in how hospitality was treated. The impression has been given that government is largely indifferent to hospitality and sees it as something essentially frivolous, despite the fact that of itself it is one of the largest economic sectors and oils the wheels of the entire economy.

Even though most of hospitality has been closed for longer than it has been open since March last year, the amount of financial support provided has been distinctly grudging. If the government decrees that you’re not allowed to trade, then by rights it should compensate you for the resulting loss of income. Having said that, the overall level of borrowing that has been incurred is comparable with that needed to fund a major war, and our children and grandchildren will have to bear the burden of repaying it for decades to come. If interest rates had been at historic norms rather than virtually zero, that amount of borrowing would have been impossible, although arguably that unpalatable fact would have concentrated minds.

Looking specifically at the pub sector, the prospects do not seem at all rosy. During the brief window of relatively normal trading over last summer, the vast majority of pubs locally did eventually reopen, the exceptions mainly being ones whose future looked uncertain even before the lockdown. However, I would expect many more that are currently closed never to actually open their doors again, either under their current management or completely.

Last summer, even though capacity was restricted, few pubs seemed to be anywhere near full, and it was clear that many customers were still reluctant to venture out due to continued fear of infection, although the closure of other activities often linked to pubgoing such as theatres and sports venues also had a part to play. Licensees had to walk a tightrope between ensuring that social distancing guidelines were followed and avoiding going over the top with pettifogging restrictions. Sadly, quite a few seemed to fall into the latter camp and turned their establishments into profoundly unwelcoming places. After a winter of further scaremongering from the government, these fears will only be intensified when pubs do eventually reopen, and will lead to continued subdued demand for a long time to come. Indeed, it may never return to being as strong as it once was.

The past year has shown that making predictions is a very risky business, and I’m certainly not going to go down that road. However, on past form, it’s very likely that pubs will be one of the last sectors to be allowed to reopen. It’s probable that, at least initially, the old Tier system will be resurrected. One press commentator suggested that a likely timescale would be for most areas to go into Tier 3 on 8 March (i.e. “non-essential” retail allowed to open), Tier 2 on 6 April and Tier 1 on 4 May. That would mean that wet-led pubs had been closed for a minimum of nine out of the previous thirteen months.

There must then be a serious risk that the government would leave pubs in Tier 1 for a prolonged period. They could claim that the pubs had reopened, while ignoring the fact that they were still operating under such severe restrictions that both their ability to trade profitably and their appeal to customers had been seriously undermined. Tier 1 would be, for many pubs, a kind of living death.

Last October, I wrote about how the restrictions introduced in late September had meant the death of the swift pint. After they came in, I largely stopped going, whereas in the period from the beginning of July I had been doing so quite enthusiastically. This is echoed by this article in the Morning Advertiser in which a licensee argues that having to continue to operate under severe restrictions undermines the whole point of the pub:

As a wet-led pub, my stock-in-trade is the “pub experience”. I provide a haven for single people, people unwinding after work and people out to socialise.

The very nature of a wet-led pub is the socialising and the atmosphere. Any level of restriction has a massive impact on the experience and by opening with restrictions we are effectively destroying our own long-term prospects...

...People’s most recent memories of the pub is as a soulless place.

A pub should be a carefree place where people go to relax and enjoy themselves, not somewhere you’re being repeatedly questioned and hassled by both the staff and other customers. Going to the pub is a discretionary leisure activity; people aren’t compelled to do it, and and if they become sonewhere that is perceived as unwelcoming then people just won’t bother.

Back in December, I asked my Twitter followers to what extent they expected these restrictions to be lifted by the end of 2021.

These restrictions include (but are not limited to) keeping a customer register, mandatory table service, masks, social distancing, a ban on perpendicular drinking, 10 pm last orders and limits on music volume and live performances.

There was a wide spread of responses, which were slightly skewed towards the more positive end of the spectrum. However, only 28.5% thought the restrictions would be completely gone, and 44.7% thought that most or all would still be in place. That isn’t a prediction, and I sincerely hope these fears are unfounded, but it doesn’t bode well for the recovery of the pub trade.

The Wickingman has also set down some thoughts on the issues surrounding the reopening of pubs here.

Edit: There is a report today that the government are considering abandoning the Tier system and opting for a single system of restrictions across England. While in a sense that might seem “fairer”, it would delay reopening as all areas could only proceed at the speed of the slowest.