As of today, pubs in England will once more be able to welcome customers indoors, although they will still have to operate table service. Pubgoers will also be legally obliged to wear a face mask on entering a pub until they are seated (unless exempt) and also if they get up to visit the toilet or go outside for a smoke. It is very hard to see how the act of putting a mask on as you walk in from the street and taking it off again thirty seconds later is going to make any difference to the spread of the virus. Are we expected to believe that it freely circulates at head height, but not at shoulder level when people are seated? 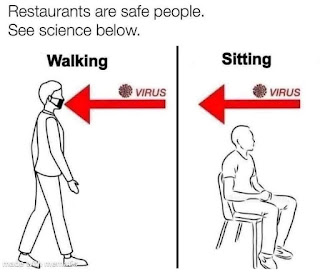 Even if you accept the rationale for masks, the way people are expected to use them in pubs goes completely against the official guidelines. “Avoid taking it off and putting it on again in quick succession,” they state. But even if you only make one toilet visit during your stay in the pub, you will still go through that sequence three times. It will be considerably more if you’re settled in for a long session. 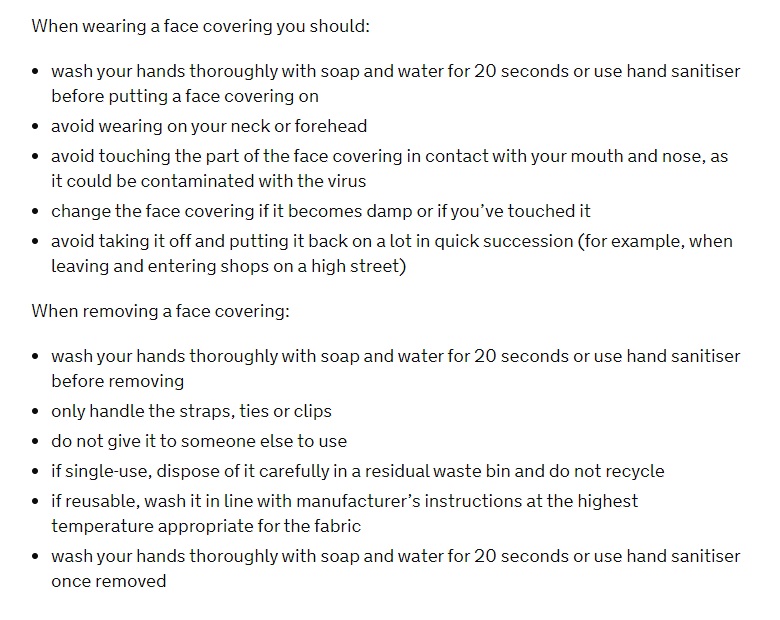 I’ve seen teenagers in the street ask if any of the group has a mask on them so they can borrow it to go in the chippy, and it’s not hard to imagine the drinking school of codgers in Spoons dong the same for a fag break. What is more, the guidelines recommend that you should wash your hands before putting on a mask. But, in a pub, you can’t do that without visiting the toilet, for which you will need a mask. The whole way they will be used in pubs is completely at variance with the pious hopes of the official advice.

It’s hard to avoid the conclusion that, rather than having any impact on disease control, this charade is basically a means of psychological manipulation intended to perpetuate a sense of crisis. Hopefully in practice many pubs will end up turning a blind eye to it, as plenty of shops already do, although obviously they won’t want to advertise the fact for fear of attracting a wave of censorious finger-pointing.

However, given that it has been reported that the legal requirement for masks will come to an end on 21 June, in line with the roadmap, it will be interesting to see how committed pubs remain to enforcing it, and customers to adhering to it, as the deadline approaches. This of course has now been cast into doubt by the Indian variant, but it remains to be seen whether this will actually throw the timetable off track. No doubt I will return to that subject in the coming weeks.