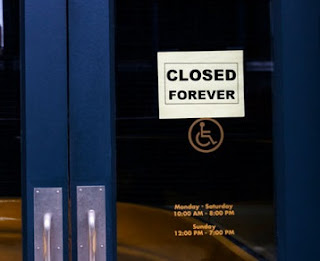 The first five months of this year have seen a spate of closures of small independent breweries, many long-established and well-respected. They include, amongst others, Woods, Exe Valley, Beatnikz Republic, Kelham Island and Cheshire Brewhouse.

The immediate trigger for this has been the wave of cost increases resulting from money printing to fund world-wide Covid bailouts, exacerbated more recently by the conflict in Ukraine. However, it was evident well before Covid that all was not well in the microbrewery sector, and that there was a significant problem of oversupply. It seems that many breweries hunkered down during the prolonged lockdowns when nobody could make any money, but now that the pub trade has returned to something like normal are now finding themselves in a precarious position. It was often said that at some point there would inevitably have to be a shakeout, and that is now happening.

Brewing differs from most other businesses in that many people go into it as something of a labour of love rather than seeing it as a strictly commercial venture. There are many in the industry who have an additional source of income, being retired, having a working partner or a rich parent, and thus are not looking to make a full-time living out of it. This makes life more difficult for those for whom it is their livelihood, and there were numerous reports of cut-throat price competition.

Brewers of cask ale are handicapped by the widespread culture of rotating guest beers, which leads to a perception of it being a homogenous, interchangeable product, and makes it difficult to command any kind of price premium. Small Brewers’ Relief, while well-intentioned, has in practice often been used simply to fund lower prices rather than reinforcing brewers’ financial position.

Obviously the people who have taken the difficult decision to close their breweries are deserving of sympathy. There often seems to be little correlation with how nice they are as individuals or how good their beer was. But the basic facts of the marketplace cannot be denied – there are simply too many breweries chasing too little volume.

The Society of Independent Brewers (SIBA) have proudly proclaimed the fact that there are now over 2,500* breweries in the UK as a significant achievement. However, if most of them are chasing a limited pool of free trade rather than being brewpubs it does rather suggest a dysfunctional market.

Sadly, there are likely to be further casualties in the microbrewery sector in the coming months. And anyone tempted to enter the market needs to be well aware of the harsh financial realities. And, if you enjoy tinkering about with metal pipes and vessels, you might be better advised to take up a career in plumbing.

Tandleman has also recently written about the problems of the small brewery sector here.

* 2,500 is the figure quoted by SIBA themselves. Other sources give a total of as many as 3,000 - see the discussion in the comments below.