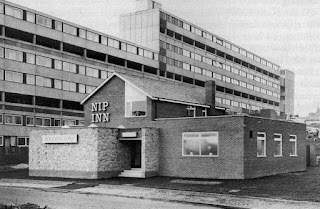 Someone recently posted a picture on a local Facebook group of the Nip Inn in the shadow of the Lancashire Hill flats in Stockport. This former Boddingtons pub opened in 1970 and closed in 2001 so, while it had a fairly brief existence, it wasn’t as short-lived as some. In the general area of Lancashire Hill, which is partly Victorian terraced housing and partly modern redevelopment, I can remember visiting eight different pubs since I moved to Stockport in 1985. Only two still remain, the Grapes and the Navigation, both of which are older buildings rather than post-war ones.

This represents a common phenomenon that can be seen in most large towns and cities in Britain. There are still plenty of licensed premises in the centres, and very often the numbers have increased in recent years, although they don’t tend to be pubs as such. But, for a mile or two outside the centre, you will travel through a dead zone where, apart from the occasional survivor, pubs have entirely disappeared, even where there is plenty of housing. You have to travel a fair way out from Manchester’s Inner Ring Road along any of the main radial routes such as Rochdale Road, Oldham Road and Hyde Road, before you come across any at all. There is a stark example of this in this pub crawl from 1991 by the legendary Alan Winfield in which he visited 22 pubs across from Rusholme through Hulme to Old Trafford. Only one of these, Holt’s Claremont in Moss Side, still remains.

So what has happened to cause the pub stock in the inner cities to be so drastically hollowed out? There’s no simple monocausal explanation, but I will offer a few thoughts on the major factors behind it.

First, of course, there is the smoking ban. This disproportionately affected both wet-led pubs and working-class pubs, and so dealt a double whammy to inner-urban boozers. While the decline had set in well before 2007, it will have pushed many pubs over the edge.

Then there is the changing ethnic mix in many areas. Some years ago, left-wing beer bloviator Pete Brown worked himself up into a froth accusing those pointing this out of racism. But surely it is a simple fact of life that, if a growing proportion of the inhabitants do not drink alcohol for cultural or religious reasons (or at least do not drink in public), then the demand for pubs in those areas is going to decline. All of the traditional pubs in Rusholme in Manchester, famous for its “curry mile”, some of which were visited by Alan Winfield on his pub crawl, have now disappeared, and there are very few pubs left now in the inner areas of West Bradford.

Even if migrant populations do drink, such as many from Eastern Europe, the ambiance of a down-at-heel boozer may have little to appeal to them, and putting a Tyskie tap on the bar is unlikely to do much to change that. 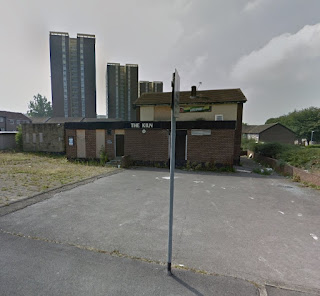 There is a wider point about the dislocation of communities. A local pub isn’t just a retail outlet for the sale of alcohol, it depends on cultivating a sense of belonging for its success. Sometimes areas of traditional terraced housing were demolished, leaving the pubs still standing in splendid isolation. Or new housing was built without, at least initially, any pubs to serve them. Often, new modern-style pubs were built in the 60s and 70s, but this category of pub in inner-urban areas must have suffered one of the highest rates of attrition of all. They never seemed to have the appeal of the ones they replaced. More recently, there has been a marked densification of housing in these areas, but the days of planners designating plots for brewers to build pubs have long gone, and by and large they remain pub deserts. New local pubs and bars have not tended to spring up to cater for the residents of all the new housing.

It’s no coincidence that, as you head out of Manchester to the east, once you reach the areas of Gorton and Openshaw where much of the traditional terraced housing still survives, so does a fair scattering of Victorian pubs, although even here they have noticeably thinned out in recent decades. 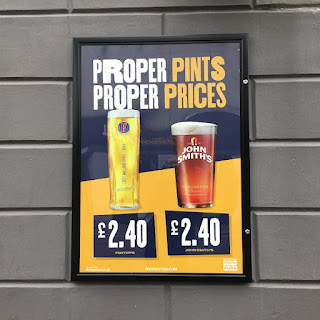 When I first bought a pint of bitter on my own account in 1976, it cost 21p. According to the Bank of England inflation calculator that would have been £1.14 in 2021 money, but you’ll struggle to find a pint for twice that now. This tool has recently been rebased to CPI, which to my mind somewhat understates historic inflation. When it was based on RPI, the figure was more like £1.50. But the point still stands that, over the years, the price of beer sold in pubs has increased by considerably more than the general level of inflation. In contrast, off-trade beer has done no more than keep pace with it, leading to a considerable increase in the price differential between the two. This will have a particular impact in areas with lower than average incomes.

There has been a marked increase in the use of illegal drugs of various kinds in inner-city areas in recent decades. This obviously offers an alternative, and often cheaper, route to intoxication than drinking in the local pub. And pubs have often been caught in the crossfire of turf wars between criminal gangs seeking to control the drugs trade. The threat of violence and intimidation will deter responsible customers, and in many cases has been the trigger for the licence being withdrawn.

Another change in the pub scene over the past thirty years has been the rise of televised football on pay-TV. On the one hand, this gives pubs a USP that they didn’t have before, and certainly some do good business out of it. But it also creates a monoculture that squeezes out other activities, and may have been a factor in the decline of the darts and pool leagues that once provided a lot of bread-and-butter trade to urban pubs. And, if one of your circle has Sky TV, it may well be a more appealing option to gather in their gaff for the big match with a slab of Carling – plus you can enjoy a smoke while you’re at it.

I’ve discussed before how the pattern of drinking in pubs has dramatically changed over the years. People are much less interested in just popping in for a quick one or two, and tend to look for something more in a pub visit. Given this, the homely local loses its appeal, and they are much more tempted by the bright lights of the town or city centre, which anyway are only a short bus or taxi ride away. Stockport Market Place is only ten minutes’ walk from the Lancashire Hill flats (although it is uphill coming back). Manchester city centre within the Inner Ring Road probably has more licensed venues now than it has had for a hundred years, but it is surrounded by a two-mile doughnut where pubs and bars are extremely sparse.

As I said earlier, there is no single factor that has led to the decline of these pubs, and there is probably something significant that I have overlooked and someone will point out. But it’s an undeniable fact that the inner-urban working-class local, once one of the mainstays of the pub trade, has seen a dramatic fall in its importance. And that is where a lot of the two-thirds of on-trade beer volumes that have been lost since the late 70s has disappeared from.