A picture of health

It seems an age away now, but it’s only two weeks ago that we saw the installation of a new Prime Minister and with it the selection of a new Cabinet. One appointment that raised a few eyebrows was that of Thérèse Coffey as Health Secretary. Ms Coffey is what might be politely described as a “larger lady”, and has been known to enjoy a drink and a cigar, leading some people to suggest that she would not be setting a good example. One the other hand, others felt it might not be such a bad look.

People keep sharing this picture of Thérèse Coffey presumably to shame her but I just think she looks badass 🤷🏻♀️👍 pic.twitter.com/Z19u6av5m0

I’m the last person to criticise others for their lifestyles, and it has to be accepted that some people are simply naturally more solidly built than others. All the dieting in the world isn’t going to make her look anything like Kate Moss. Surely it is better to have someone who will get to grips with the political and administrative challenges of the job rather than simply acting as a role model. And she must be a vast improvement on the egregious Matt Hancock, who may have been more svelte, but always came across as if he was giving a middle management pep talk. It’s also interesting to note the words this week of one of her predecessors, Ken Clarke:

“I’m not denying that smoking is the biggest single cause of lung cancer. But life has risks and smoking is one I’ve willingly incurred because it’s a nice part of my lifestyle – I’ve never made any attempt to give up.” 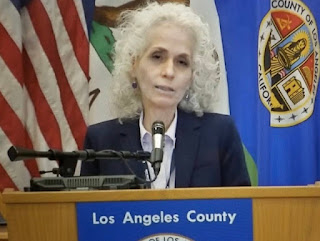 Maybe one could compare her with Barbara Ferrer, the Los Angeles Director of Public Health, who resembles nothing so much as one of Dracula’s victims, and can hardly be regarded as a picture of health or vigour. And it’s not hard to guess who would be more fun on a night out.