IPA as it used to be 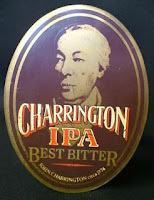 In recent years, many breweries have sought to revive the original style of IPA – a strong, heavily hopped beer brewed for export to India in the first half of the 19th century. However, this has led to armchair pedants decrying existing beers bearing the name, most notably Greene King IPA, for not being “true to style”. It seems to be forgotten, though, that the original style had entirely died out, and any beers retaining the name suffered along with the rest in the drastic reduction of beer strength brought about by the First World War. For most of the 20th century, IPA was a term typically given to inoffensive bitters of moderate strength, mostly, although not exclusively, in the South of England.

So here are the IPAs listed in the 1977 Good Beer Guide, with their original gravities:

The average gravity of those beers was 1037.9. There seems to be a division between those brewers who used IPA to describe an “ordinary” bitter, and those who used it for a “special” bitter.

Charrington IPA was a notably sweet, lightly-hopped bitter that was almost the opposite of the original IPAs. According to the current Good Beer Guide it no longer exists, although the similar Brew XI does. And is Darleys now the least-remembered brewery in the country that survived into the CAMRA era?
Posted by Curmudgeon at 4:02 pm