Cat to be castrated after all 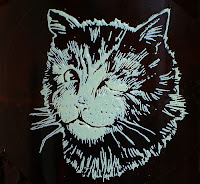 The Treasury have just published the results of their review of alcohol taxation. In general, this doesn’t recommend any major changes to the tax structure, but there are two significant exceptions.

The first is that they are planning to introduce a new higher rate of duty for beers over 7.5% ABV. The intention here is to increase the cost of super-strength lagers such as Carlsberg Special Brew which are clearly associated with consumption by problem drinkers. However, it will apply across the board and so will also hit traditional British strong ales such as Robinson’s Old Tom, and imported products such as Duvel and most Belgian abbey beers.

The report argues that such products will only see a small percentage increase as they are already typically sold at a premium price, but even so it seems unreasonable to penalise them when they are in general consumed responsibly and are not associated with problem drinking. Old Tom is not something you can pour down your neck at a rapid rate of knots.

I would have thought there was a golden opportunity here for CAMRA to campaign for an exemption from this new tax for cask- and bottle-conditioned products, whether home produced or imported. (In my view, the whole thing is misconceived, but obviously CAMRA can't be seen to be standing up for Special Brew, and at least this would give them something reasonably productive to gnaw at)

And surely what will happen in practice is that the super-strength lagers will simply be reformulated to bring them down to 7.5% ABV to avoid the new tax, so there will be a clustering of products at that level. Arbitrary tax cut-offs of this kind inevitably lead to distortions in the market place and are prone to unintended consequences.

The other proposal is to introduce a reduced rate of duty for beers of 2.8% ABV or below. As I’ve argued before, I can’t see this making much difference, as it is difficult to brew beers at such strength with much taste or character, and realistically the demand for them is minimal. On the other hand, had the threshold been set at 3.5% it might have encouraged a revival of the milds and light bitters which have become a neglected part of the British beer scene.
Posted by Curmudgeon on November 30, 2010