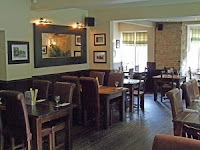 I recently posed the question as to whether or not pubs should offer table reservations for diners, an issue that provoked some lively discussion. The reason why this is a subject for debate at all is that pubs have come to occupy an uneasy middle ground where they’re not really sure what they are.

A generation ago, the idea of pubs having table reservations would have been unthinkable. If you wanted a formal, sit-down meal you would go to a restaurant, which functioned as you would expect and undoubtedly would offer and indeed encourage reservations. But there was then a long-term move towards a more informal style of “pub dining” which saw many of the Beefeater-style restaurants stripped out.

It must be pointed, though, out that many fairly cheap-and-cheerful chains such as Frankie & Benny’s and Pizza Hut continue to operate on the full-service restaurant model, where you are welcomed by a waiter, shown to a table, have your order taken at the table, buy drinks through the waiter, and settle the bill at the end. A key reason for this is that it sets them a cut above McDonald’s and KFC where you order from a counter and take your food and drink to the table yourself.

Now the “pub restaurant” sector is slowly inching its way towards this – being shown to a table rather than selecting your own is becoming more common, drinks are increasingly being served at tables and the growth in the use of payment cards means that setting up a tab rather than paying as you go is becoming the norm. While at one time, eating a meal in an atmosphere that felt like a pub was seen as desirable, recently I’ve seen a number of refurbishments where one section has been laid out in a way that clearly says “restaurant” rather than “pub” – light and airy rather than cosy and intimate, the interior shown in the photo being a good example.

Before too long, the wheel will have come full circle and these establishments will have effectively regained all the features that once distinguished restaurants. And, sadly, they will have come to be regarded by most people as the definition of the term “pub”, which once meant something very different.

I continue to stick by my view that, in hindsight, it would have been better if pubs had never attempted to move into the territory of formal sit-down dining. At first, it must have looked like their salvation, but in the longer term it has proved to be their undoing.