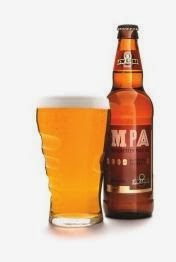 I’ve mentioned in the past how bottle-conditioned beers from micro-breweries are so inconsistent that drinking them is like a lottery – and one you’re more likely to lose than win. Brewery-conditioned bottles, while they might never quite scale the same peaks, are much more consistently reliable. However, even with these I have found a recurrent fault affecting a small proportion, although certainly no more than one in fifty.

While the beer does not lack carbonation and will generally form a healthy-looking head, it pours with a slight haze and has a kind of stale, musty taste, sometimes with a hint of sourness too. Not generally so bad as to go down the sink, but disappointing nonetheless.

It’s something I’ve encountered in beers from various breweries, so it seems to me that, rather than just bad luck, something specific is happening to cause it, but I’m not sure what. Could it be oxidation, maybe, or perhaps a slight but unwanted secondary fermentation taking place? I don’t think it’s just a case of beer being light-struck as more often than not it is found in brown bottles.

Broadly speaking, I’d say it’s more likely to be found in bottles from smaller breweries, and from independent shops where turnover may be less, although that isn’t always the case. This is what was the matter with the poor examples of Pendle Witches’ Brew I had a couple of months ago, and I recently also found it in a bottle of Lees MPA that I was quite keen to try.