Unavailable at any price 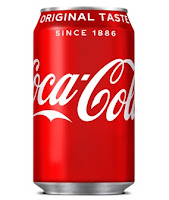 Three weeks ago, as part of our day out in Uttoxeter, we were very kindly given a lift by Paul Mudge’s wife Jacquie to the outlying Plough. She wanted a soft drink, but not being a lover of artificial sweeteners, asked for one of the full-sugar varieties. However, the pub didn’t have anything available in this category, although it was eventually able to dig out some expensive premium drink.

The sugar tax has been in the news recently, and one fact that has emerged is that it has only raised one-third of the revenue that it was predicted to. This is due to a mixture of manufacturers reformulating their products and, as in this case, outlets simply ceasing to stock the full-sugar versions. It’s certainly not just confined to pubs – in Subway, all of their draught soft drinks are diet versions, while I was recently in a branch of Waitrose where only diet drinks were included in “meal deals”. Fortunately you can still get a full-sugar Pepsi with your burger in Wetherspoon’s.

Now, as someone with Type 2 diabetes, this is academic to me, but it still represents a significant denial of choice. Some people simply don’t like the taste of artificial sweeteners, while others are allergic to them, and there are also concerns that they may lead to long-term health problems, as we have found with replacing butter with various kinds of artificial spreads. Plus there is the fact that full-sugar drinks can be a life-saver for Type 1 diabetics experiencing a “hypo”.

It is one thing to seek to deter people from consuming certain products through higher taxation, although whether that in itself is proving effective is highly questionable. But it is something else entirely to simply, through a form of official arm-twisting, make those products completely unavailable. Surely adult consumers should be treated as informed, empowered people who have the right to make their own decisions about their diet. And, if price is an issue, why can’t retailers simply include smaller measures in all-inclusive deals, such as 375ml bottles rather than 500ml?

There’s a parallel with the schemes that, not content with imposing additional duty on higher strength beers and ciders, seek to remove them from the shelves entirely.