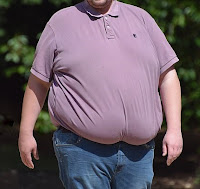 In contrast to smoking, there has been a growing weight of evidence of a strong correlation between obesity and being at risk of dying from coronavirus. This has sparked a number of reports that Boris Johnson is planning to abandon his alleged “libertarian” instincts and promote an action plan to tackle Britain’s obesity crisis. A number of people have suggested that his own experience of the disease has somewhat spooked him, both into resisting a swift unwinding of the lockdown, despite the adverse consequences to the wider economy, and now into wanting to crack down on obesity. He has certainly struggled with his weight over the years, apparently scaling 17½ stone before being hospitalised, and there does seem to be a whiff of the zeal of the reformed smoker about this conversion.

However, on an international scale, things aren’t necessarily so clear-cut. Lower rates of obesity in France, Italy and Spain are often given as an example we should follow, but all of those countries have suffered very severely. In contrast, New Zealand, which has a higher rate of obesity than the UK, has hardly been touched, while the USA, often singled out for its high obesity rate, has still done considerably better than us overall, with the areas of the South and Midwest frequently seen as obesity hotspots being among the less affected regions. Germany and Sweden both have obesity rates little below ours, but both have had a much lower rate of coronavirus deaths.

The track record of measures using the price mechanism to affect eating and drinking habits has not been a good one. Neither minimum alcohol pricing, now in force in Scotland for two years, nor the sugar tax, have had any noticeable impact on the problems they were claimed to address. Indeed, very often the main impact is to put further strain on the budgets of poorer households.

If the price of one category of food or drink is increased, it is likely to lead to substitution with another, opening up the possibility of all kinds of unintended consequences. And attempting to divide food into “good” and “bad” categories can all too easily have perverse results, such as banning the advertising of natural and wholesome items such as orange juice, cheese and meat.

Another front in the war on obesity is the reformulation of food to make it contain fewer calories. However, the experience of recent years has shown that the potential here is fairly limited. If you reduce one undesirable item, you just end up increasing another to compensate. Less fat is more sugar and vice versa. Attempts to change the recipes of products such as biscuits and chocolate have simply made them much less palatable. Making food taste like sawdust is a pretty crude way of putting people off eating it. In reality, very often the only option is simply to reduce the portion size, and if you go too far with that people may just choose to eat two.

We may end up seeing new restrictions placed on businesses that make it harder for them to operate and make a living. One that has been proposed in recent years but so far rejected is requiring all food businesses, however small, to provide calorie counts on their products, which could be well-nigh impossible to achieve and drive them out of business. And there’s little evidence that calorie counts actually affect people’s choices. Indeed, in some cases people may choose higher-calorie options as they feel they’re getting more “bangs per buck.” Actually containing less food as such isn’t really much of a selling point.

It’s also likely that takeaways, which are a traditional bête noire of anti-obesity campaigners, will come under fresh assault. There’s no reason why takeaway food should be any less healthy than that eaten in restaurants or cooked at home, and this all too easily comes across as a snobbish condemnation of working-class diets and preferences. Indeed, there’s a strong whiff of class prejudice about the whole project. Clamping down on takeaways will also disproportionately affect ethnic minority communities.

If you look at the actual figures, the higher risk from coronavirus isn’t spread evenly across the whole population of overweight people; it is very strongly concentrated at the higher end. The widely quoted figure of a 37% additional risk applies to those who are morbidly obese, with a BMI of over 40. It’s not people just carrying a few extra pounds. Yet the danger is that the “war on obesity” will mainly comprise indiscriminate, broad-brush measures that affect a huge swathe of the population.

There is a clear parallel with alcohol, where consumption guidelines have been adopted and widely promulgated that tar even pretty light drinkers with the same brush as those with a major problem. Of course morbid obesity, just like alcoholism, is a serious health issue. But it needs to be tackled through a targeted approach, not by making everyone feel guilty. And nobody who enjoys a few drinks but is currently pointing the finger at the fatties should imagine that their pleasure will be left undisturbed.

Last week, we celebrated the 75th anniversary of VE Day. Throughout the whole of human history, it has only really been in the period since then that most people have easily been able to get enough to eat. Worldwide, there are now more overweight people than malnourished ones. This age of abundance is completely unprecedented , and it’s not surprising that the human race is taking some time to adjust. But, over time, it’s likely that obesity will tend to decline. The rate of obesity has already plateaued or begun to fall in most developed counties, and now there is a strong stigma against being seriously overweight amongst higher income groups. In the future that is likely to spread through the entire population.

It has to be questioned what right the State has to seek to control the behaviour of adults purely for their own good. As the great philosopher of liberty John Stuart Mill said, “The only purpose for which power can be rightfully exercised over any member of a civilised community, against his will, is to prevent harm to others.”

Against this argument is inevitably set the burden put on the NHS – and thus on taxpayers – by health problems arising from obesity. But it’s important to remember that the NHS was created to serve the people, not the other way round. The social compact on which it is founded depends on the assumption that people are fallible human beings, not saints, and it will be there for them whatever the cause of their illness. If we start making a distinction between the deserving and the undeserving sick we embark on a dangerous slippery slope. And it should always be remembered that, in terms of whole life healthcare costs, it is actually the clean-living who live into extreme old age who end up costing the public purse more.

So my prediction is that any “war on obesity” started by the government will be largely ineffective, will get a lot of people’s backs up, and will create a whole raft of unintended and undesirable consequences.