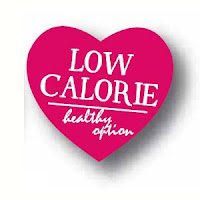 A couple of weeks ago, I wrote how taking a whole population approach to the “war on obesity” could have many undesirable consequences. One aspect of this is that the higher the number of calories in any food item, the more it is considered to be a bad thing. However, to a large extent, calories are what food is all about. The quantity of calories is a rough approximation of the total amount of nutrition it contains. We need a certain number of calories to survive, and chomping away at celery and lettuce isn’t going to provide much sustenance. It shouldn’t be forgotten that, until maybe three generations ago, for the majority of the human race getting hold of sufficient calories to sustain them was a daily struggle.

Now, of course, we are in general more fortunate and prosperous, and more people find they’re eating too much than too little. If you want to control your weight, then obviously it is desirable to know how many calories your food contains. But publication of calorie information can be a double-edged sword, with people who are less weight-conscious using it as a yardstick to judge how much value for money various dishes offer.

Very often, a lower-calorie alternative to a standard product is simply less appetising, and eating a smaller portion of the full-fat version may be a better option if you can exercise the necessary self-restraint. Many products that boast of being low in calories actually achieve this simply by containing less in the first place. This is particularly true to some potato-based snacks that can be puffed up to appear bigger while weighing no more.

A parallel can be drawn with the alcoholic content of drinks. The fact that they contain alcohol is, by definition, the feature of alcoholic drinks that distinguishes them from soft drinks. That is their fundamental point. Yet it is not a simple case of people either gravitating towards those with the highest alcohol content, or indeed the lowest.

Wine and spirits tend to come in a relatively limited range of strengths, and little is made of the differences between them, although I have seen some complaints about the high alcohol content of some full-bodied red wines. Beer and cider, by contrast, are available across a wide spectrum of different strengths.

However, it’s certainly not the case, as some commentators seem to imagine, that most drinkers gravitate towards those with higher strengths. Indeed, it’s only really a subset of problem drinkers who take that attitude, and most beer sold is of relatively modest strength. Beer is not just a method of delivering alcohol, it also offers flavour and refreshment and, particularly in social settings, there’s a strong incentive for the effects of alcohol to only be felt subtly and gradually.

People tend to view beers as falling within particular categories, so wouldn’t be particularly bothered about choosing a 3.7% ordinary bitter over a 4% one, or the other way round. This explains how the brewers of Stella Artois were able to reduce its strength from 5.2% to 4.8% with very little consumer kick-back (prompted, of course, by a certain amount of government arm-twisting). The fact that it is widely considered to be not what it was has much more to do with cheapening the recipe. But cut it to 4% and few would be interested any more. On the other side of the coin, it its dying days the strength of Boddingtons Bitter was upped to 4.1% in a bid to reverse its decline, only for it to lose more sales as drinkers felt that took it out of the ordinary bitter category. Indeed, the dining pub chain Brunning & Price dropped it as a house beer because their customers, many of whom were drivers, found it just that bit too strong.

2.8% might be an acceptable strength for a mild, but the various pseudo-bitters that were introduced at this strength to take advantage of the lower duty rate found few takers. If you essentially wanted an ordinary biter, the low strength was a deterrent, while those seriously wanting to cut consumption would go the whole hog for an alcohol-free beer. It is possible to brew a tasty light mild at around 3.0%, but none of these beers really cut the mustard as bitters.

As with food, if you’re aiming to limit your alcohol intake, it may well be a better option to drink less of the normal-strength version, than the same quantity of the less appealing one that has a lower alcohol content. While we have alcohol-free beers, which provide at least some of the sensation of drinking the normal variety, it’s very hard to conceive of calorie-free food that would be remotely appetising.