Blame it on the boozer 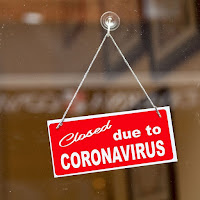 Last week, it was announced that the British economy had contracted by no less than 20.4% between April and June this year, one of the worst figures of any major economy. That’s a fifth of the entire economy temporarily destroyed. However, much of the criticism of this performance was blunted by the fact that those making it had previously demanded an even stricter lockdown and a slower easing of restrictions, which comes across as an exercise in complete hypocrisy. As Kate Andrews says in this article:


...the decision to live in lockdown longer than other European countries, and with far tighter rules, has left us with our worst recession on record and the sharpest economic contraction since the Great Frost of 1709.

Given this, you might think that the media would be looking into ways of how to stimulate the economy and remove restrictions holding businesses back. But Sky News were having none of this, and decided to carry out an exposé on one sector that that only just been allowed to reopen and was still struggling to recover, namely pubs. They claim to have found that nine out of ten pubs were not asking for customer details, although it has to be said this completely contradicts my own experience, and in any case it is only a guideline, not a legal requirement. Several other bloggers have described finding very few pubs not taking the issue seriously on their own pub visits. And a survey by the Morning Advertiser found that 85% of respondents considered that pubs were meeting or exceeding the requirements.

It’s been widely observed that the Covid pandemic has encouraged every joyless Puritan and bansturbator to advance their own pet hobby-horses, and pubs are, not surprisingly, often in the firing line. Yet, while they’re often viewed as something that is frivolous and not really necessary, in reality they are only a part of the wider hospitality sector, which is the third largest segment of the economy and essential to our wider prosperity. Yes, it might be possible to distinguish drinking from other forms of eat-in catering, and in the Irish Republic you are still unable to just have a drink in a pub or bar although you have been able to eat a meal for nearly two months. But to do that would in practice be hard to define and would be a seriously retrograde step. Plus pubs sell more meals overall than either restaurants or cafés.

The government have given some demonstrable and welcome support for the hospitality sector with the Eat Out to Help Out scheme which is currently generating a fair amount of business that they wouldn’t otherwise get at all. But other parts of officialdom aren’t so sympathetic. There has been the long-running suggestion of shutting pubs to open schools, which are two things with only a tenuous connection. Council bosses have demanded more powers to shut non-compliant pubs. Well, they would, wouldn’t they? And the egregious, constantly whining mayor of Greater Manchester, Andy Burnham, has said that pubs may need to shut if contact tracing can’t be sorted out. So not exactly a great deal of love there. Pubs are always singled out as a scapegoat.

Several parts of England, including Greater Manchester, have implemented partial local lockdowns, although they haven’t included the general closure of pubs, much as some council leaders might want to have done that. The opening of pubs in Leicester was delayed due to a surge in infections which had been caused by inadequately regulated sweatshops and, by definition, as they hadn’t been open in the first place, was nothing to do with pubs. The basis for these lockdowns often appears very flimsy and seems to arise from nothing more than an increase in testing leading to an increase in the absolute number of cases.

In Scotland, in contrast, a local lockdown requiring the closure of all hospitality businesses was imposed in Aberdeen, and indeed remains in force today. This was then followed by turning the various guidelines on social distancing and contract tracing into legal requirements, and making pubs operate table service only, turn off all piped music, and mute any televisions, thus producing a pretty grim and joyless experience. No doubt the notorious Puritan John Knox would be pleased, although he might not be so happy that it had been imposed by a “monstrous regiment of women”.

As I’ve mentioned before, many people who claim to be beer and pub enthusiasts seem to have been distinctly lukewarm about the pubs actually reopening, as it means that they have to mingle with the dreaded hoi polloi again rather than sampling craft beers in the safety of their own homes. “After a couple of weeks we went into a beer garden, but we didn’t dare venture inside. And we thought some other customers were getting scarily close to each other and talking quite loudly.” Meanwhile, CAMRA has seemed keener on calling for financial support and staging cringey virtual events than actually kicking against the anti-pub climate and the possibility of further restrictions being imposed. But, as we know, they are always a complete paper tiger when it comes to confronting the public health lobby.

As Kate Andrews states in the article linked above, the government currently seems to be yo-yoing between wanting to stimulate the economy and being paralysed like a rabbit in the headlights by fear of a second wave. And worries about further lockdowns and travel restrictions is holding back people’s willingness to spend and make commitments.


As well as clarity, people also need confidence to start spending again: the reassurance both that they’re relatively safe from contracting the virus, and also that a sledgehammer won’t be taken to their lifestyle again.

The future of pubs is intimately tied up with that of the wider economy. Without a healthy economy, there won’t be a healthy hospitality trade. And indeed not only will it be a beneficiary of economic recovery, but one of the main drivers of it.
Posted by Curmudgeon on August 20, 2020