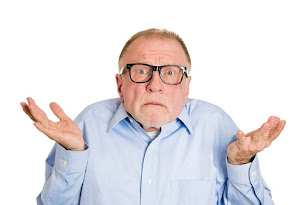 In the 1970s, financial journalist Patrick Hutber came up with Hutber’s Law, which was “Improvement means deterioration”. At the time, it was all too common for companies to announce improvements to their products or services that actually in important respects made them worse.

And that seems to be a principle often followed nowadays by tech companies. Every so often, all the major services that you use announce a new improved version. Inevitably, it’s initially confusing and hard to get used to. Eventually you work out how to do most of the things you used to be able to do, but there’s always something they seem to have forgotten, and it’s hard to see anything that’s actually better. Facebook was the most recent example of this.

And now the same has happened to the Google-owned platform Blogger, which hosts this blog and several others that I run. I’d known it was coming, but earlier this week I was taken aback when I logged on to create a new post on Closed Pubs and suddenly found I couldn’t do many of the things I was used to. And they certainly have past form in this respect.

One obvious change is that many verbal links to actions have been replaced by icons, some of which are far from self-explanatory. It’s also no longer possible to select multiple comments for approval or deletion.

Same here :-(
So slooow and half the functions I need are now either missing or practically unusable. I've managed to swap back to the legacy interface for now, but don't know how long I can avoid the new rubbish.

Everyone uses these platforms in their own way, so one person’s experience isn’t necessarily typical of the general picture, and I’m sure I only use a limited subset of the features that are available. I tend to create posts in Word and then copy them into the composing window to add the final formatting touches and import any pictures.

There are two options for this – the HTML view and the Compose view. The latter ostensibly offers a WYSYWIG interface, but it can be very fiddly to set up items as you want them, and the end result still doesn’t necessarily reflect what you see on the screen. So, for the limited amount of formatting I want to do, mainly inserting pictures and links, I tend to prefer the HTML view, where you are at least in full control of how the final version will actually appear. But they have now dispensed with the options to import pictures and add links, meaning that the former have to be done through the Compose view and the latter require manual input of the necessary code. It can still be done, but it’s more time-consuming if your blog is anything more than a slab of plain text.

It’s not so bad as to be completely unusable, but it will certainly make creating new blogs in future a more time-consuming, fiddly and laborious and process. And for anyone wanting to set up a new blog, I certainly wouldn’t recommend they used Blogger to host it.

Edit: Another issue is that, on the blogroll of blogs such as Tandleman's, no thumbnail is displayed against posts created with the new editor, even if they contain images.

Posted by Curmudgeon at 1:07 pm