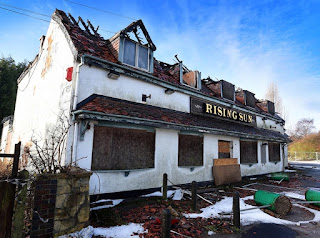 To listen to some in the media, you would think that the pub trade is out of the woods now. Drinkers have flocked back since they reopened on July 4th, customers have been queuing out of the door to take advantage of the Eat Out to Help Out scheme, and they are currently enjoying the beer gardens in this spell of Indian summer weather. However, looking forward, as the nights grow in and the temperature drops, their prospects don’t look anything like so rosy.

Social distancing rules mean that their capacity is still severely limited, and some small or cramped pubs haven’t been able to reopen at all. However, they’re often nowhere near attracting even the reduced numbers they’re permitted. City centre commuting remains way below the level before the lockdown, and many activities that generate footfall for pubs such as spectator sports events and live music concerts have still not restarted. Domestic tourism is greatly reduced, and international visitors have virtually disappeared.

Added to this, many celebrations such as birthdays, christenings, weddings and wakes that produce a lot of business for pubs can only take place in very limited form, and the “Rule of 6” introduced by the government last week further restricts gatherings of this kind.

In view of this, it’s hardly surprising that a wave of closures and redundancies is forecast, with North-West brewer and pub operator Thwaites being one of the first to make a formal announcement. Inevitably, with the furlough scheme winding down by the end of October, there are calls for further financial assistance, and certainly if businesses are unable to function at all the case for support is compelling. But the question has to be asked where the money is going to come from, given that we have already mortgaged our children’s and grandchildren’s future to pay for the first lockdown. And no government can keep businesses on life support indefinitely if there is no realistic prospect of reopening.

At least pubs can open to a limited extent, but that isn’t true of nightclubs, which remain firmly shut, with no prospect of that changing any day soon. Some may dismiss them as an inessential frippery, but like many other inessential fripperies they provide a lot of jobs and economic activity. The Morning Advertiser reports that three in five venues face closure without government support, and the Deltic Group have fired the starting gun by declaring 400 redundancies. Many operators are likely to reach the conclusion that, with no expectation of reopening until well into next year, they might as well put up the shutters and go into liquidation.

Another organisation that has effectively been brought to a standstill is CAMRA. All of its normal everyday activities – branch meetings, socials, presentations, pub crawls and brewery trips – are now impossible. A few half-baked virtual events are no substitute for face-to-face engagement.

Since the beginning of the year, the headline membership figure has fallen by almost 10,000. This isn’t due to people resigning in disgust, but to natural attrition. The main source of recruiting new members is beer festivals, which have been impossible to hold for the past six months. And festivals are also the second largest source of revenue after membership subs.

So, given that, frankly, there’s little prospect of much improvement in the situation until well into 2021, CAMRA is going to have to take a long hard look at its activities and its organisation. It’s no longer a case of just riding out the storm for a few months.

In the short term, further financial assistance may help tide pubs over, but only for a limited period. Eventually, their prospects are entirely dependent on the general health of the economy. The government needs to take the lead in restoring confidence, but unfortunately their announcements last week have only served to intensify the climate of fear, and further restrictions such as curfews are being actively discussed. So there doesn’t seem to be much prospect of any improvement for months, and the pub trade has a very bleak winter to look forward to.