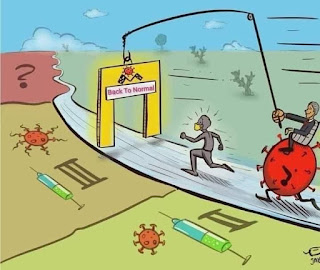 While it had been well signalled in advance, the news yesterday that the end of lockdown restrictions was being postponed by a further four weeks will have come as a bitter blow to the hospitality trade. Business leaders have warned that the delay will ruin the industry.

Few pubs, especially wet-led ones, are currently able to trade profitably, and many are hanging on by the skin of their teeth in the hope that things will eventually improve. Less than a quarter are confident of being able to survive three months. A delay to 19 July will mean losing over half the summer, by far the most lucrative season for most. They will also miss out on the entire Euro 2020 football tournament which, along with the World Cup, is the biggest moneyspinner in the trade.

Pubs are bleeding to death. It’s hard to avoid the conclusion that the government are conducting a deliberate vendetta against them. They certainly seem supremely indifferent to their fate. Yet at the same time, forced into a sanitised experience in pubs and unable to socialise there in large groups, many people will be choosing to go to house parties instead, where social distancing guidelines are well-nigh impossible to police. 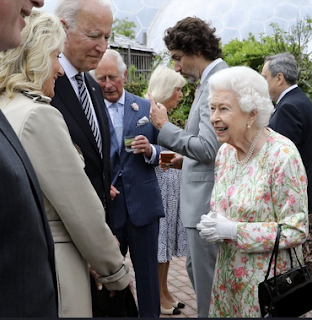 I have criticised the snail-like pace of the unlocking roadmap, but at least it provided a clear timetable and hope of light at the end of the tunnel. If we had unlocked next Monday, a lot would have been forgiven and forgotten. But to kick the can down the road for a further four weeks will result in a huge erosion of trust. This will only have been compounded by the sight of large groups of world leaders socialising unmasked at the G7 summit on Cornwall. It clearly seems to be one rule for us and another for the little people.

The move has been condemned by numerous respected commentators and newspaper leading articles. I could offer a forest of links, but will just give you this unpaywalled one from David Paton of the University of Nottingham.

The delay to the reopening is a devastating blow to many businesses and sectors, such as the events industry, sports, music, theatre and hospitality. There ought to have been compelling evidence for any delay. But there is nothing in the data to justify it.

It’s quite an achievement to unite the Daily Telegraph, Theresa May and Sadiq Khan in opposition to your policy. Yet it will get through the House of Commons without difficulty because, as throughout the past fifteen months, Starmer will act as Johnson’s nodding dog. The official opposition have abdicated their responsibility. You don’t have to oppose the policy outright to scrutinise it properly and force the government to account for their decisions, and Labour have signally failed to do this.

Predictably, many from the scientific community had urged the government to delay the unlocking, and will no doubt now be feeling pleased with themselves. But, of course, they would say that, wouldn’t they? They have no skin in the game, and no responsibility for anything beyond their own narrow remit. 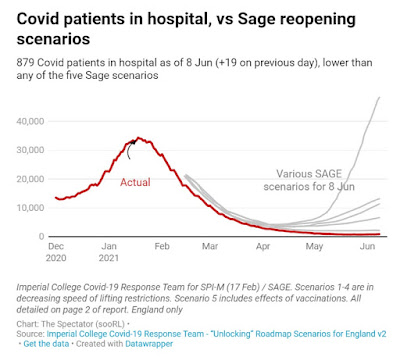 We could bandy statistics about all day, but it’s worth noting that the current level of hospitalisations is below the lowest of five scenarios produced by SAGE when the roadmap was originally announced on February 22. The average number of Covid deaths in England over the past two weeks was 7.7, or scarcely more than half of one percent of all deaths. There is plenty of evidence that vaccinations have broken the link between cases and hospitalisations. There is no realistic chance of the NHS being overwhelmed, which is what was put forward as the original justification for lockdowns, not keeping the population under the heel until Covid had virtually disappeared. 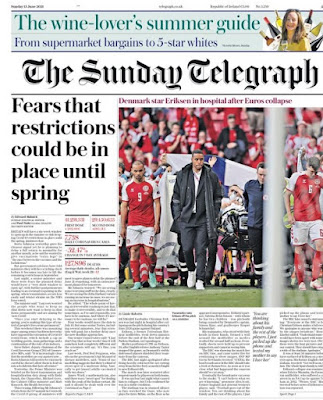 Johnson has stated that he is “confident” that the restrictions will end on July 19. Yet there has been a long trail of such broken promises before. And, as the next review date approaches, the joyless sociopaths of SAGE will no doubt be ramping up the pressure to persuade him to extend the lockdown even further. It is being seriously suggested that the partial lockdown is now likely to continue all through the winter, in which case we would have precious few pubs left at the end of it.

Last September, Florida Governor Ron DeSantis made the decision to unlock the state against the advice of the scientists, and the state has never looked back. Large swathes of the US are fully open again despite a considerably lower vaccination rate than the UK. Yesterday, Denmark cancelled all mask mandates, and today Israel has scrapped all Covid restrictions. If they can do it, why can’t we?

Many foreign commentators have expressed their surprise at the high level of restrictions that persist in the UK despite the highest level of vaccinations of any major European country. In reality, SAGE will never let go willingly, and eventually Johnson is going to have to face them down, or we will never be set free. As before, I’m not making any specific predictions, but suffice to say that I will be pleasantly surprised if I am actually able to order a pint at the bar on July 19.