Drinking under the radar 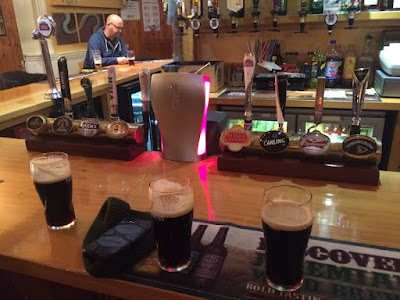 In the early 1970s, whether or not a pub sold real ale was largely due to the policies of the owning brewery, and many busy, high-profile pubs didn’t. However, over the following two decades, the growing influence of CAMRA meant that real ale became seen as something desirable to have on the bar, and its absence was likely to deter potential customers. So numerous brewers started to make it much more widely available in their estates, and some started brewing it again after a lengthy gap. So-called beer deserts where it was previously very thin on the ground, such as London, Norfolk and Cornwall, were watered. In many areas, over 80% of pubs stocked it, and the remaining keg-only pubs were often a long tail of run-down, unprepossessing establishments catering only for diehard locals.

However, a key change took place in the 1990s. The transfer of pubs from breweries to pub companies took away a lot of the kudos of being able to say “85% of our pubs serve real ale”, and the pubcos found that stripping it out made life easier for licensees without any loss of trade. So a lot of the smaller, less prominent locals lost their real ale and remain without it to this day, if indeed they are still open. I wrote about these trends here. It’s easy to go round the country following the recommendations of pub and beer guides and find virtually no pubs apart from a few craft bars, without real ale, and conclude that the battle for cask has been won. But, outside the town and village centres, and off the main roads, there are stil plenty of unabashed keg-only boozers to be found. 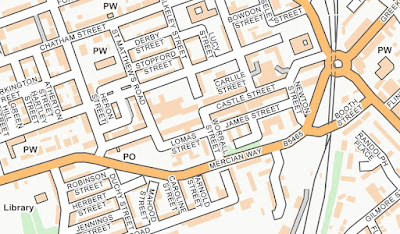 A week ago last Sunday, our friend Cooking Lager boldly set out to try a few of them on Castle Street, the main shopping street of the Stockport district of Edgeley. Edgeley is an area to the west of the town centre that has retained most of its traditional terraced housing and is now showing the odd green shoot of gentrification. The half-mile strip of Castle Street, along what was the main road to Cheadle and Altrincham before it was bypassed by Mercian Way, developed a surprisingly extensive local shopping centre, perhaps helped by being on the other side of the main railway line and up a steep hill from the main town centre.

It used to have a Woolworth’s and branches of most of the main clearing banks. These are gone now, but it still has a supermarket, a post office, a Boots, a furniture store and a branch of Home Bargains where I am a regular visitor. Most of the shop units are still occupied, although nowadays they are more likely to be convenience stores, takeaways, cafés, nail parlours, phone repairers and bookies.

Perhaps surprisingly, it has retained most of its pubs, with five of the seven that were trading in the mid-80s still being open, although rather more pubs in the surrounding back streets have closed. The two casualties were the Grapes, a plain, traditional local that didn’t fit Robinson’s increasingly upmarket aspirations, and the Windsor Castle, a large 1930s pub that in the 1980s was converted to “Windsor Sports”, but was then allowed to go steadily downhill, and ended up being utterly squalid. On one occasion, a regular died in his seat, but nobody noticed until chucking-out time. It has now been demolished and replaced by a row of shops with flats above. Probably a factor in the pubs’ survival is that, on landlocked sites on a low-rent shopping street, the potential for redevelopment is limited.

I have certainly visited all of these pubs on various CAMRA pub crawls over the years, although only two of the five now stock cask beer of any kind. I suspect I may not have been in the Jolly Crofter and the Pineapple this century. My most recent visits were to the Prince Albert, the only pub to have cask on a CAMRA crawl, and to the “Bobby Peel” (properly the Sir Robert Peel) to redeem a voucher for a free pint of Stella issued by Punch Taverns.

Cookie’s verdict was in general fairly positive, although it was on a Sunday lunchtime, and the pubs are likely to get considerably livelier on a Friday night. The Jolly Crofter and the Bobby Peel have both fairly recently been refurbished, although in the case of the latter it seems to have been an exercise in providing an interior of posing tables for a clientele of old blokes. He was also pretty happy with all the lager he drank, although as long as you keep it cool and turn it over quickly enough it’s hard to go wrong. He doesn’t really comment on the wider beer ranges, but it would have been interesting to hear which smooth bitters these pubs sold, and whether any offered any throwback keg milds. 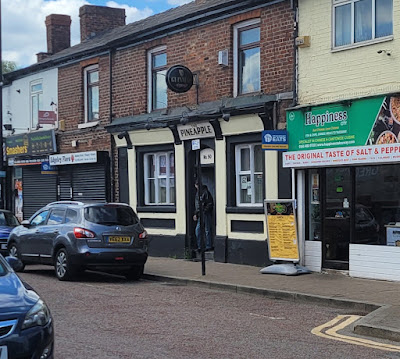 The one exception was the Pineapple, of which he says “A shithole is the only description required of the pub.” This is the pub that has a handwritten sign on the door saying “Strictly no shoplifters”. On my forays to Home Bargains I notice that it seems to be open from 10 am, and there’s often a mobility scooter parked outside. Many years ago, I remember writing up a CAMRA pub crawl and describing, on a very hot Friday night, how the grossly fat barman was serving with his shirt unbuttoned, “exposing a vast expanse of wobbling flesh.” But enough people seem to be happy to give it their custom and keep it going.

Cask now only accounts for about a seventh of all beer sold in pubs, so in many cases you won’t do your business much harm by not stocking it. In general it isn’t done as a deliberate statement, but it’s a declaration of intent that you’re happy just to serve your own customer base and aren’t really bothered what the wider world thinks of you. Yet, to my mind, much of the interest of pubgoing stems not just from the beer itself, but from the atmosphere and the characters you encounter. And you will certainly find much more of both in a keg boozer than the monoculture of the typical micropub or taproom.

You will find very little about these places in most writing about beer and pubs, and nor are they likely to appear in any pub guides. Now that Alan Winfield is no longer with us, the only person who still seems to write about them is Life After Football. Yet they remain a significant part of the British pub scene that in a sense flies under the radar of fashionable commentary.