Clouds on the horizon 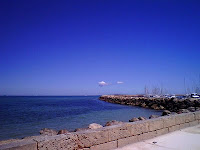 “Anti-drink lobby? What anti-drink lobby?” someone wondered. “As far as I can see, the quality and variety of drink available is better than ever before, we have the most liberal licensing hours for a hundred years, and I don’t see any actual restrictions on me being able to have a drink.”

In a way you can understand why someone would hold that view, but it does reflect a narrow, blinkered perception and an unawareness of how the plates are shifting in the wider world.

There are already some official legal or quasi-legal measures, of course. We now have the highest levels of alcohol duty in Western Europe, with the prospect of it continuing to increase above inflation for the next four years. From October, we will have a 25% surtax on stronger beers. Most bottles and cans now carry exaggerated “safe drinking” information. The growing adoption of “Challenge 25”, while not actually stopping anyone doing anything legal, provides a major disincentive to young people buying alcohol when they are fingered as suspects every time they try to do so.

You would also have to live a very sheltered life to be unaware of the increasingly negative stance on even moderate drinking taken in both government publicity and media reporting, which has led to a noticeable shift in public attitudes. People in the public eye, from showbiz stars to business leaders, will more and more make a point of saying they never touch a drop.

One of the main areas in which this has happened is drinking at work. When I started full-time work in the early 80s, it was commonplace to go to the pub at lunchtime at least one day a week, sometimes more, and most of those going, apart from confirmed non-drinkers, would have a couple of drinks. Now, it only happens on rare special occasions, and most present will be on soft drinks. Many employers, far more than in 1981, now impose a total ban on drinking during the working day.

Now it could be argued that this is a good thing, leading to fewer long liquid lunches and snoozing, unproductive workers, but that illustrates a key point about many anti-drink measures, that, taken in isolation, they may not seem that unreasonable, but their cumulative effect is to steadily curtail the opportunities for drinking and adversely affect public perceptions. And the fact that, over thirty years, we have lost a third of the pubs in Britain, and on-trade beer consumption is down by three-fifths, demonstrates clearly how that shift has already affected people’s real-world behaviour.

Realistically, there has been little significant movement in the legal restrictions on drinking. But, in a sense, the ground has been prepared for the coming onslaught, with the constant drip-drip of stories placing alcohol in a negative light and the growing currency of the idea that no quantity of alcohol can be regarded as entirely safe. We are perhaps in the position that tobacco was in twenty-five years ago.

And what are we likely to get in future – continued above-average duty rises, tiered beer duty, minimum pricing, graphic health warnings on bottles and cans, separate drink tills in shops, quantitative restrictions on on- and off-licences, advertising restrictions or bans, curbs on point-of-sale displays, compulsory reductions in the strength of drinks – all of which have been discussed on here at some point over the past four years?

It’s not for me to say to exactly what will happen, or when, but sadly I believe there’s every chance that in the coming years much of this will be brought in. It won’t be Prohibition as such, or anything close to it, and if you still want a drink you will be able to get one (at a price), but the social acceptability of drinking will be much reduced and, in the process, it will more and more retreat from pubs and bars into private spaces. Hmm, that sounds a bit familiar, doesn’t it? It’s ultimately not so much about the law as about how public perceptions change.

In twenty years’ time, might the regular drinker be regarded in much the same way as the known regular cannabis smoker is today, as someone who is tolerated, but is looked on with a kind of weary resignation and the implication that they really need to smarten up and get with the programme rather than wasting their life away in a daze?
Posted by Curmudgeon on May 19, 2011