Strike at the root 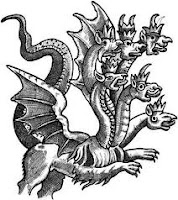 So, all those entreaties from CAMRA, SIBA and the BBPA fell on deaf ears, and Osborne put up beer duties by RPI + 2%, just as he had said he would. He gave no indication that he had even considered the case against. This is just what I forecast – the campaign, while laudable in motivation, was just so much pissing in the wind.

Where do we go from here, then? Will “one more heave” do the trick, or is a radically different approach needed?

Realistically, I would predict that exactly the same is going to happen in 2013, and 2014, and 2015, and there is absolutely nothing you can do about it. If you run your own pub, or a pub chain, or a brewery, accept that and plan for it.

It also must be recognised that, despite all their weasel words, the political class couldn’t give a shit about either pubs or the brewing industry. They see pubs as a blight on the environment and a cause of disorder and alcohol abuse, and brewing as a “toxic trade”. Any talk of pubs being “an essential part of the social fabric” will cut no ice with them. So attempting to appeal to their better nature and paint pubs as a positive force will inevitably prove fruitless.

Realistically, if you wish to defend pubs and the brewing industry, and stand up for the right of adults to enjoy a few drinks if that is their choice, you need to take a deep breath, step back and look at the wider picture.

This policy will ultimately only be stopped by defeating, or at least marginalising, the growing trend to regard even the moderate consumption of alcohol as an entirely negative and harmful activity, especially when done outside the house. Even if you cut off a head of the hydra by arguing on their own terms, it will still grow back from the root. So the key to stopping the duty escalator is to counter the entire premise of the anti-drink lobby.

No opportunity must be missed to rebut their lies and exaggerations, point out the lack of scientific basis for their claims (particularly the absurd official drinking guidelines) and stress the positive benefits alcoholic drinks bring for the vast majority of people who consume them. No accommodation or compromise must ever be sought with them, however reasonable it may seem, and no quarter ever given.

Any temptation to open up artificial divisions between different sections of the alcohol market should be avoided, and the campaign against alcohol should not be regarded as a special case but rather just one more example of the way governments to seek to exercise ever-growing control over how individuals live their lives.

If you do that, you might stand a chance of success. If you don’t, you will surely fail. It’s up to you.
Posted by Curmudgeon on March 27, 2012