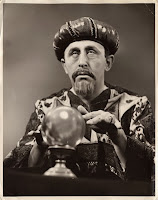 The New Year is often a time for looking forward to what the next twelve months are likely to bring. Now, I have to say I have a rather mixed record on predictions having, for example, greatly overstated the extent to which brewers would re-jig their beer ranges in response to the 2.8% and 7.5% duty thresholds introduced a couple of years ago, and believing that two-thirds-pint “schooners” had actually more than zero chance of being widely adopted.

However, I did get it right with the strength of Old Speckled Hen, as it has recently been cut to 5.0%, if not to 4.8%. And a couple of years ago I indulged in some wishful thinking, none of which of course came to pass.

So, taking inspiration from Archbishop Cranmer, here are a few random but rather dull thoughts about what we are likely to see during 2014: