Drinking in a goldfish bowl 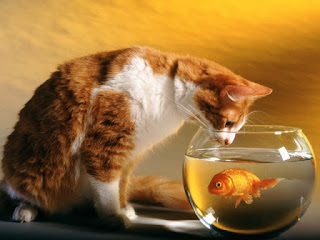 One of the most obvious changes that has taken place in pubs over the past couple of decades is the wholesale removal of etched, frosted and stained glass windows. The thinking behind this is very simple, that it allows potential customers to see inside and thus get an idea of what they’re going to encounter once they cross the threshold. It’s very noticeable that Wetherspoons’ shop conversions tend to have floor-to-ceiling windows just as a shop would.

I know from experience that, in the past, you were often taking pot luck when walking into an unfamiliar pub because you had no idea what to expect. I remember once, when I was a fresh-faced student, walking into a pub in Leicester which was absolutely rammed and where the minimum age of the customers was probably over 50. I’d probably love it now, although I doubt whether it’s still there. There also used to be a feeling that pubs were dens of ill-repute which impressionable people, especially children, shouldn’t be allowed to see inside. I’m not aware that this was ever a legal requirement, but it still is for betting shops where, of course, under-18s are not permitted.

However, there are major downsides to this trend. Much high-quality original glasswork has been lost, probably just ending up dumped in a builder’s skip. And, from the point of view of the customer, you don’t really want people in the street gawping in at you, or to be constantly distracted by the sight of lorries and double-decker buses turning just a few yards away. Also, part of the appeal of pubs has always been that they are a cosy refuge from the stresses and pressures of daily life. 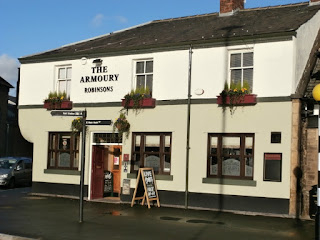 Surely pub operators should show more respect for the heritage of the buildings in their possession, and recognise that a touch of seclusion is desired by many pub customers. Maybe a compromise would be to have frosted panels that hide the heads of seated customers, but still allow those standing in the street to see over them.

One particular local pub that deserves praise on this front is the Armoury in Edgeley, Stockport. A few years ago, this received a fairly sensitive refurbishment that left it with clear glass windows, albeit with slatted blinds. However, reproduction frosted panels were later restored, as shown in the photo, which improve its appearance and also help the customers inside to forget that it’s situated on a busy roundabout.

The photo below (courtesy of Martin Taylor) shows the Board Inn in Knaresborough, Yorkshire, which retains some impressive stained glass windows, probably from the early years of the twentieth century. 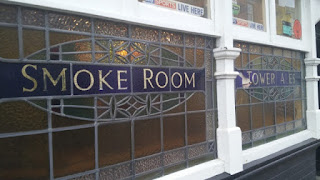 These two photos (the second again from Martin) show the Posada in Wolverhampton. I’d guess that this pub originally had frosted windows but, by the time the first was taken, probably in the nineties when it was in Holt, Plant & Deakin livery, these had gone. However, they had been replaced by a curtain that gave drinkers some privacy. The second, on the other hand, shows the front window completely clear, which, to my mind, leaves customers uncomfortably exposed in a pub with a protruding bay on a busy city-centre street. 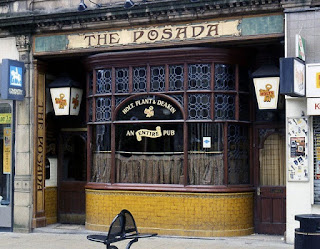 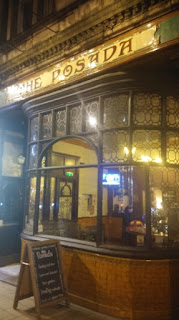 (any excuse for a cat picture, obviously)