I was recently in Uttoxeter in Staffordshire and spotted this building just off the market place which looked suspiciously like a former pub: 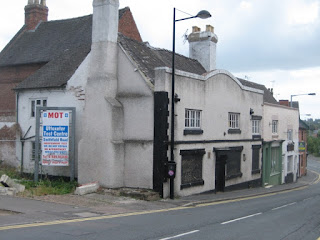 A quick check on Google StreetView showed that, indeed, it was the former Wheatsheaf. It was already closed in 2009, but still had its pub signage. 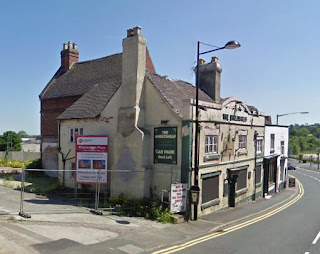 One person on Twitter questioned how owners can afford to leave buildings empty for so long:

I've often wondered how owners of buildings can afford to leave them empty? Also surely it's morally wrong? https://t.co/UW0QzIJE13

But in reality it’s not as simple as that. Assuming the building has no future as a pub, it is going to cost money to convert it to anything else, and that will need both someone willing to take it on, and planning permission. In many cases, the owners are probably hanging on to get planning permission to demolish the building and redevelop the site for something else, typically housing.

Up and down the country, there are hundreds, if not thousands, of derelict pubs that have been in that state for years, many of which are featured on my Closed Pubs blog. Fortunately there aren’t too many in Stockport, but two exceptions are the Royal Mortar on Higher Hillgate and the Bow Garrett on Brinksway, both of which must have been closed for over ten years.

One that has been in this state for many years is the Horse & Jockey in Helsby. The picture dates from August 2009, and the current StreetView shows it in a much worse state. However, there is now a sign saying “14 x Two and Three Bedroom Homes Coming Soon”, so the situation has in the end been resolved. Just think of the difference in sale value between fourteen houses and one struggling pub. 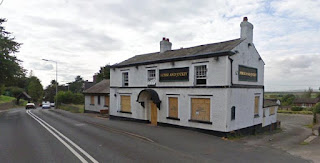