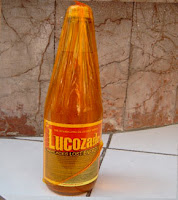 The makers of Lucozade have recently come under a barrage of criticism for changing the formula of the drink to reduce the sugar content, to bring it into the middle band under the government’s sugar tax plans. This has been done for other products, such as Irn-Bru, but seems particularly inappropriate for Lucozade. While in recent years it has been marketed more as a lifestyle drink, it was originally specifically intended to have a high glucose content. That’s why you were given it as kid when you were ill and couldn’t stomach proper food. With the sugar content halved, it will also be of much less use to diabetics who previously often kept a can handy in case of a hypoglycaemic attack.

You can read the whole sorry story over at Chris Snowdon’s blog. What is most worrying about this is that it represents part of a concerted attempt to in effect change the national diet by stealthily cutting the sugar content of food and drink. As he reports, it’s not judged acceptable to introduce a new, lower-sugar variant and give people the choice, because apparently they wouldn’t buy it. This despite the fact that diet soft drinks already account for over half the market without any government arm-twisting. And nor should manufacturers retain the old formulation in a separate “classic” brand as that would be against the spirit of the policy.

As he points out, food manufacturers do not put salt and sugar in their products out of malice, but because they make them taste better. The scope for reducing sugar content in, say, chocolate bars is fairly limited if you still want them to be palatable, so at the end of the day the only option if the targets are to be met will be further cuts in portion size.

We saw something similar a few years ago in the form of government-inspired arm-twisting to get manufacturers to “take alcohol units out of the market” by reducing the strength of popular beer and cider brands. However, more recently things seem to have gone quiet on this front. In the alcohol market, the strength is much more prominent as a headline number on the bottle or can, and there is a wide range of brands in the market so there are more opportunities to switch if you’re not happy.

There’s also only so far you can go before you completely change the nature of the product. Twenty years ago, I admit to having a sneaking liking for Stella Artois which, at 5.2% ABV, was that little bit stronger than most of its competitors and also, despite being British-brewed, was actually made of some fairly decent ingredients. However, after having been reduced to 4.8% and the quality of materials cheapened, it’s now a very forgettable and wishy-washy liquid. Cut a premium lager further to 4.5%, and it’s no longer a premium lager. It’s also noticeable how it’s always beer and cider that are singled out for these cuts, and never wine or spirits.

Government-mandated measures also make it impossible to cut drink sizes without people noticing, although I’m sure the public health lobby are looking approvingly at all those titchy little “craft cans”, while regretting that the two-thirds measure has never taken off in the mainstream pub trade.

Reading all of this, its hard to avoid agreeing with Simon Cooke when he says It's time to close down public health and get our lives back.