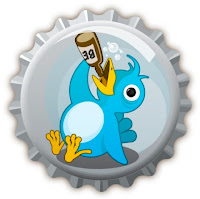 Well, I reached the milestone the other day of achieving 3,500 followers on Twitter. Now, I know it doesn’t really mean very much, as a good chunk of them are probably bots or porn accounts, but it does suggest I must be doing something right. It’s particularly pleasing considering how I must have lost about 25 followers in a day on my birthday last year after expressing pleasure at the result of the Brexit referendum, and a number were shed in the wake of the “Beersexismgate” controversy earlier this year. After passing a mark of this kind, the figure usually slips back again, but I’m pleased to report it’s currently standing on 3,509. 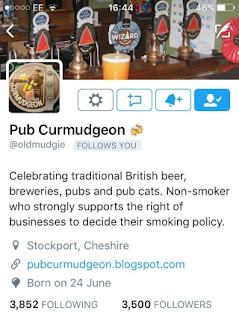 There seems to be a divide amongst Internet users between those who take to Twitter like a duck to water, but can’t see the point of Facebook, and those, undoubtedly greater in number, who take the opposite view. I have to say I fall firmly into the first camp. I do have a Facebook account, but it’s hard to really see much point when you have such a diverse collection of “friends” that anything you post will inevitably annoy some and bore most. Twitter, on the other hand, which I joined in the Autumn of 2012, is an endless source of entertainment and also functions very effectively as a news aggregation service. 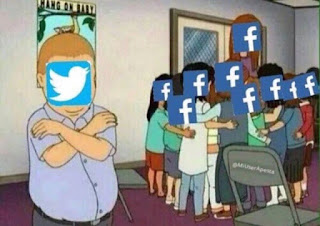 I don’t claim any particular expertise on the subject, although I have already gained the ultimate accolade of being declared The Worst Person on Beer Twitter. But here are some thoughts on how I’ve gone about it and what has led to a modest amount of popularity.

For a start, develop a distinctive voice. A Twitter account should be *about* something, rather than just being “random thoughts of Mudgie”. The starting point is opposition to the Nanny State and the steady encroachment upon lifestyle freedom, prompted by the smoking ban, but also obviously extending to alcohol, food and soft drinks, and even activities such as playing conkers. Then there is a general interest in pubs and beer, focusing on the more traditional aspects rather than the “craft” scene, and the wider alcohol industry. There are cats and other cute and funny animals, humour, historic buildings and transport, classic rock music, and even the odd bit of sport, especially Test cricket. To some extent it’s a persona, but basically it’s me, or a subset of me, and plenty of people seem to think that mixture is worth following.

On the other hand, it’s also important what you don’t include. I’m conscious of being in a minority in the beer Twitter- and blogosphere in being a political conservative (with small “c”), and therefore don’t want to go too far to put people off. Yes, it is political, but in general it’s restricted to the politics of lifestyle and the alcohol business. There are one or two others on Twitter of whom I sometimes think “well, you talk a lot of sense about beer, so why spoil it with that crap about politics?” And, especially in the current climate, it is important that people value the interests they share and can get on even if they fundamentally disagree on some issues.

So I have another account where I can express opinions across a wider range of subjects. It may come across as a safety valve where Toady can say things that Mudgie steers clear of, but it fact its origins lie in wanting to be able to speak more forthrightly than I could on certain well-mannered web forums. Among its key themes are defence, transport and energy policy, which clearly are well outside Mudgie’s primary concerns. And the glory of Twitter is that, if you don’t like it, you don’t have to read it.

And, on that note, it’s also a good idea to avoid arguing with people. That may seem strange, given Twitter’s reputation for rancour and vitriol. However, I prefer to regard it as more like an evening down the pub, where you may discuss a variety of topics, engage in a bit of humour and banter, have a debate about this or that, but end up going home on good terms. Constructive discussion, and agreeing to differ, is fine, but if people start coming out with stuff like “haha, the filthy smokers deserve that”, then I’m not interested. You’ll end up being unfollowed and possibly even muted, which is a very useful tool. You’ll just end up spraying abuse into the ether.

I don’t think I’ve actually currently blocked anyone on beer Twitter, although one or two well-known names have blocked me, most notably Pete Brown, who is someone who would be well advised to keep beer and politics separate. At the end of the day, that says more about them than it does about me. And being blocked by Nanny-in-Chief Dr Sarah Wollaston MP is something of a badge of honour.

Basically, you get more out of Twitter if you keep on good terms with people rather than calling them names.