Too low for zero? 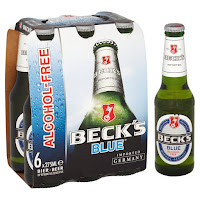 There’s a growing interest in non-alcoholic and low-alcohol beers, or “NABLABs”, with an increasing number of modern craft brewers getting involved in the sector. However, it seems to me that much discussion of the subject ends up grasping the wrong end of the stick.

The fundamental point of beer is that it contains alcohol. Yes, it may be tasty, it may be refreshing, but even the most inoffensive mild or light lager will have something of an effect on you. If it didn’t, you wouldn’t drink it in the same quantities, or on the same occasions. Take away the alcohol, and it loses its raison d'être. However flavoursome it is, it’s never going to be quite the same as a normal-strength beer, and is always going to be regarded as something of a distress purchase on occasions where for whatever reason an alcoholic drink is ruled out. Alcohol, even in small quantities, also always adds something to the essential character of a drink. It is never just about the flavour.

However, adults consume soft drinks on a wide range of occasions when they’re not thinking to themselves “all things being equal, I’d really rather be having an alcoholic drink now”. So NABLABs should really be seen as an alternative to conventional carbonated soft drinks, not as something that is always going to be a pale imitation of beer. I understand that, in Germany, alcohol-free beers are much more widely consumed and accepted on “soft drink occasions” than they are here.

Added to this, most standard soft drinks, even the sugar-free ones, are extremely sweet. Many people don’t necessarily want something so sickly, and so a drier alcohol-free beer may well appeal. There may also be more opportunity to introduce the unconventional flavours that often seem out of place in normal beers.

The way to present them should be as a superior, more mature alternative to standard carbonated drinks, not as just an emasculated version of normal-strength beer. Maybe, if you’re in Spoons, consider having the Beck’s Blue rather than a Coke as part of your soft drink meal deal. But, realistically, they’re never going to attract anything like the same level of interest and connoisseurship that alcoholic beer does.