Over the past couple of years, Sam Smith’s have abruptly closed a substantial number of the pubs in their estate. Where the pubs have car parks, they are often crudely barricaded with large rocks, as shown in the two photos below of the Bird in Hand at Mobberley in Cheshire. 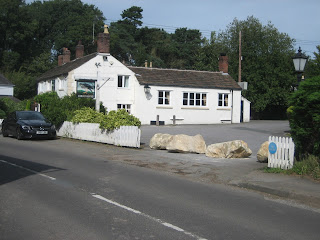 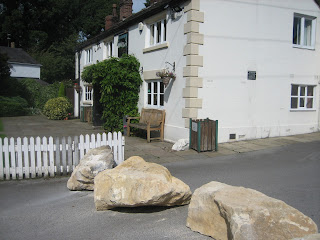 I don’t get the impression that, by and large, this is happening because the pubs in question are unviable. The Bird in Hand often seems pretty busy, and hosts regular gatherings of cyclists who I doubt would be welcome at the other gastropubs in the village. And I was recently in York where the York Arms facing the west door of the Minster was firmly shut: in the right hands that should be a goldmine.

The answer lies more in the company’s difficulty in recruiting new managers, following numerous press reports of their high-handed management practices. The managers are also put in a difficult position by being expected to enforce unreasonable policies such as the blanket bans on swearing and mobile phone use. Added to this, there appears to a reluctance to employ relief managers, thus leading to pubs closing entirely when there are no permanent incumbents. This seems to be a very short-sighted policy – not only will there be a loss of revenue, but regular customers may be lost and the fabric of the pub deteriorate while it is closed.

Two of the five Sam’s pubs in my local CAMRA branch area – the Turnpike in Withington and the Sun in September in Burnage - have been closed for some time with no immediate sign of reopening. The Bird in Hand, which I have written about here, is one of the most congenial pubs in their Cheshire estate, and one of the few proper country pubs remaining in the county. Let’s hope they are able to get it open again before too long.