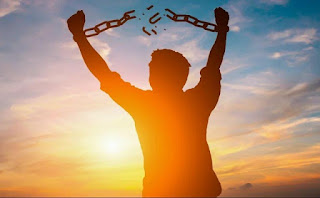 There will have been a huge sigh of the relief in the hospitality industry when the Prime Minister announced last night that it was his intention to remove virtually all the remaining Covid restrictions from 19 July. This will come almost exactly sixteen months after pubs and restaurants were required to close on 20 March last year.

While restrictions have varied somewhat in different areas, around here the pubs were completely closed for eight of those sixteen months. For most of the rest, they have been limited to serving outside, or only serving alcohol with substantial meals, or operating under a strict regime that both destroyed their profitability and severely undermined the customer experience. For only eleven and a half weeks, from the beginning of July to late September last year, were they able to operate with anything approaching normality, although still labouring under capacity curbs. 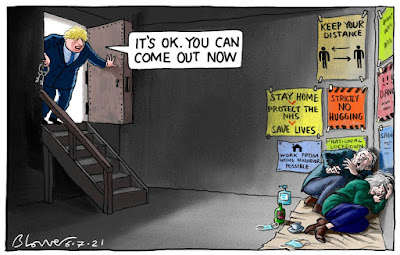 However, nobody in the pub trade will imagine that they will then be out of the woods. One licensee has said that it took him three or four years for his trade to return to what it had been before the smoking ban, and he expects something similar after lockdown. Many people will have been so traumatised by sixteen months of official scaremongering that they will still be very reluctant to return to their former habits. Younger people have consistently greatly overestimated the personal risk to them of Covid.

On the other hand, many pubgoers have been deterred to a greater or lesser extent by the restrictive regime that pubs have had to operate under for the past seven weeks. Added to this, many pubs seem to have taken an unsympathetic and over-zealous approach to applying the regulations. It’s not all or most by any means, but anecdotal evidence suggests it’s a substantial minority, not just a few isolated examples. It’s all very well to exhort people to support pubs, but most people go to the pub as an enjoyable leisure activity, not out of a sense of duty. I don’t want to harp on excessively about this, as it should soon be a thing of the past, but this exchange is a fairly typical example.

It’s why I’ve given up going to the local until things change, few times I’ve been staff are nagging at customers (many elderly) who don’t see signs etc and it’s not an enjoyable experience

With the furlough scheme being wound up, many people are likely to be strapped for cash and worried about their jobs, and thus reluctant to go out and spend money. This may be offset by the reported general health of the wider economy, and the fact that many people who have remained in work will have been able to save money during lockdown. There certainly seems to be no shortage of jobs on offer in hospitality itself.

Some of the people who have been praising pubs for their strict adherence to Covid rules may feel discomfited by the new free-and-easy atmosphere, but I suspect they will very much be in the minority and, unless trade is dramatically higher than it was pre-Covid, there will still be plenty of half-empty pubs for them to rattle around in.

Earlier in the year, it was reported that pubs would still be required to collect customer details for test and trace purposes even after all other restrictions were removed, but it now seems that this is to be dropped. It had in any case become largely voluntary, with many people deleting the NHS app out of the fear of getting pinged, and pubs finding that their manual records contained a surprising number of visits by Matt Hancock and Chris Whitty. It had in effect become a pointless bureaucratic burden to both pubs and customers, and would be impossible to enforce in a busy pub with bar service and no door control. It’s also questionable whether, with something that is so endemic as Covid, applying it to hospitality is anything more than an exercise in pissing in the wind.

There will be nothing to stop pubs maintaining Covid regulations if they choose to, but I’d expect most of them will go by the board for the simple reason that they restrict capacity and thus profitability. Some dining pubs may choose to stick to an all table service model, thus effectively turning themselves into restaurants, or adopt the divisive practice of mandatory app ordering. But I really can’t see any pub insisting that customers put on a mask to go to the toilet.

The possibility has been raised of some restrictions having to return in the winter if there is a surge in Covid hospitalisations. But surely that is unlikely if the vast majority of the adult population has been vaccinated. The objective of lockdown should have been as a one-off emergency measure to prevent the health service being overwhelmed, not a routine tactic of infection control. If there is to be a surge, the government have plenty of time to plan for it. It would seem unreasonable in the extreme to pull the rug out from the hospitality industry just as soon as they had got back on their feet. No business can plan for the future if they fear being arbitrarily restricted at a moment’s notice. and cancelling Christmas again will go down like cold turkey.

This isn’t a done deal yet, as the plans still need to be formally confirmed next Monday and, predictably, all the enthusiasts for permanent lockdown have been busy attacking them. However, the government have signalled a very clear commitment and to renege on them now would involve a highly embarrassing climbdown. In fact, there was no reason why we couldn’t have unlocked a couple of weeks ago, as the SAGE forecasts of hospitalisations on which the decision to extend the lockdown was based proved to be hopelessly pessimistic. However, what is done is done and now the pub trade needs to look forward to the future.

It should be noted that all of the above applies only to England. Scotland, Wales and Northern Ireland will not be unlocking on the same day, but will probably, as usual, tag along a few weeks behind just to prove that they are different. But that will mean that pubs in those regions will have lost most of the summer rather than just half of it.